A new month means a new stable release of the Linux Kernel and today Linus Torvalds has obliged, announcing the immediate availability of Linux 3.18.

Posted on the Linux Kernel Mailing List, Torvalds explains that while a few niggling issues persist in 3.17 for a small number of users, there was ‘absolutely no point in having everybody else twiddling their thumbs when a couple of people are actively trying to bisect an older issue’.

The Linux 3.18 kernel is amped up with some of the latest improvements in  hardware support, power efficiency, bug fixes and reliability.

As ever, these span the breadth of comprehension, going from bamboozling — e.g., multi buffer operations for cryptographic layers — to the air-punchingly understandable, like support for the Razer Sabertooth gamepad.

We’ve compiling some of the notable changes made in this release below. It’s far, far, far from being exhaustive, and cherry picks the more relatable.

Although classed as stable and bringing numerous new changes to the table, don’t feel in a rush to try and upgrade your own OS to it anytime soon. Unless you’re adept at handling the sort of monitor-smashing, CPU-charring, rage-inducing issues that arise from swapping out the engine in your OS motor, you shouldn’t.

If you insist, you’ll find source packages available at the kernel.org website.

A mainline kernel archive is maintained by Canonical to provide builds of newer Linux kernels for use by Ubuntu developers. But, and you really should note this, these are not intended for end users, despite what you may read elsewhere. With no guarantee or support, use at your own risk. 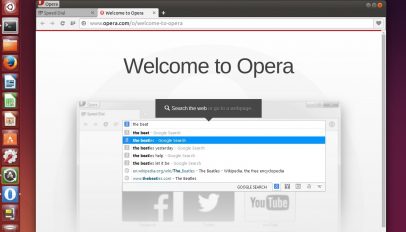 After an 18 Month Gap, Opera for Linux Returns With New Stable Release
Read Next