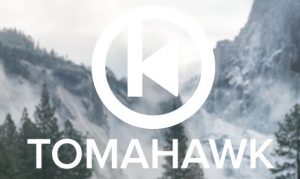 After a quiet year Tomahawk, the Swiss Army knife of music players, is back with a brand new release to sing about.

Version 0.8 of the open-source and cross-platform app adds support for more online services, refreshes its appearance, and doubles down on making sure its innovative social features work flawlessly.

Tomahawk — The Best of Both Worlds

Tomahawk marries a traditional app structure with the modernity of our “on demand” culture. It can browse and play music from local libraries as well as online services like Spotify, Grooveshark, and SoundCloud. In its latest release it adds Google Play Music and Beats Music to its roster.

That may sound cumbersome or confusing on paper but in practice it all works fantastically.

When you want to play a song, and don’t care where it’s played back from, you just tell Tomahawk the track title and artist and it automatically finds a high-quality version from enabled sources — you don’t need to do anything. The app also sports some additional features, like EchoNest profiling, Last.fm suggestions, and Jabber support so you can ‘play’ friends’ music. There’s also a built-in messaging service so you can quickly share playlists and tracks with others.

“This fundamentally different approach to music enables a range of new music consumption and sharing experiences previously not possible,” the project says on its website. And with little else like it, it’s not wrong.

As a big music streaming user I’ll be using the app over the next few days to get a fuller appreciation of the changes on offer. In the mean time, to go hands on for yourself,  you can.

Standalone installers, and more information, can be found on the official project website.

motang Thanks, seems like a awesome tool!
Stress Test a Linux System with GTKStressTesting, a New GUI Tool

Mattia_98 It's not the same thing. Plus, it's still a dick move.
Rocket League is Dropping Support for Linux

James Myers Good news! Thunderbolt 3 has been cropping up on tons…
10 Best Features in Linux 5.5