After six months in the mix today marks the stable release of the latest version of Ubuntu.

All worthy, but falls a little way short of the “fresh ideas and new art” that should “raise the roof” – quotes from Mark Shuttleworth’s “U” name announcement.

‘No headline features or visual changes, not even a new default wallpaper to look at…’

For developers things look a little rosier. Ubuntu 14.10 introduces the ‘Ubuntu Developer Tools Centre’ that simplifies the process of installing the Android SDK, its dependencies and other necessities, all with a single command. Canonical say additional platforms, including Go and Dart, will be added in due course.

For the release taking place in the week of Ubuntu’s 10th anniversary, this may all read like a bit of an anticlimax. No headline user features, no visual changes (bar a few new icons for the sidebar of Nautilus) — there’s not even a new default wallpaper to look at.

But on the flip side it’s perhaps the most fitting release; the one that shows just how far Ubuntu has come in the past few years. Mature, dependable and sure in its own (Ambiance-themed) skin, buggy feature churn has given way to a sustained era of assured stability.

That sounds a bit flowery, granted. But as the least dramatic update of any release in Ubuntu’s 10 year, 20-release strong history, Utopic stands out as one of the most dependable as a result.

As with every new release of Ubuntu there are a selection of new backgrounds shipped on the disc image. These are sourced from the community as part of the twice-yearly ‘Ubuntu wallpaper contest’.

All of the features of the Linux Kernel 3.16 are on offer in Utopic, supporting some of the latest Intel CPUs, including Haswell and Broadwell, improved NVIDIA and AMD graphics, including enhanced audio through the Radeon H.264 video decoder.

Also Read: 7 Things To Do After Installing Ubuntu 14.10

Ubuntu 14.10 is a rock-solid, hearty and dependable release. Perhaps more here than ever before. There’s no getting away from the fact that it’s an uninspiring update on paper, and is far from being anything approaching essential.

For those on releases prior to April’s LTS, avid Ubuntu fans and developers in need of the latest packages and libraries to build on, Utopic is perhaps a leap worth taking.

For the rest of us the truncated support period on offer (9 months) and only a smattering of minor app updates make a less than convincing case that upgrading is worth the hassle.

Ubuntu 14.10 is available to download direct from Canonical using the torrents below.  If you’re running a pre-release version of Ubuntu 14.10 you can get the “final” release by updating and installing any pending updates 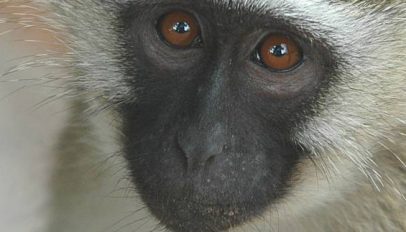 This is the Name of Ubuntu 15.04 — And It’s Not Versatile Velociraptor
Read Next