The first smartphones to be sold with Canonical’s Ubuntu OS are due before the year’s end — but what should we realistically expect from them if we buy them?

Without actual retail handsets available to play with, and development builds only available for select Nexus devices, most of us will have to wait until the Bq and Meizu devices launch before we get out first hands on experience of the upstart mobile OS.

In this post, the first of an ongoing series as we approach the launch of the first two devices, we highlight three key benefits Ubuntu brings to the table. 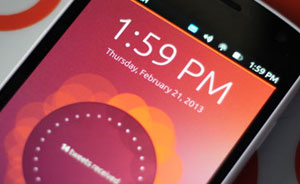 Ubuntu for Phones enforces a strict, iOS-like App Cycle policy. Applications cannot run in the background like they can on Android unless they have been whitelisted to do so (e.g., as the default Music app).

Instead app developers are encouraged to use native system services, like Push Messaging and the Content/Media Hubs, to handle their traditional background functionality.

“Applications are not allowed to run in background. Our application lifecycle is strict in this respect and we only guarantee focused applications to be running.” ~ Thomas Voss, Canonical

Will this affect multitasking? Ish. Background apps are able to continue running for a short period when unfocused, but their access to the CPU, GPU or network features is not guaranteed. They will still be listed in the (slick new) App Switcher, and will instantly be brought back to life as soon as you call them up again.

Being firm about what applications can and cannot do is needed to offer a predictable and dependable battery life. 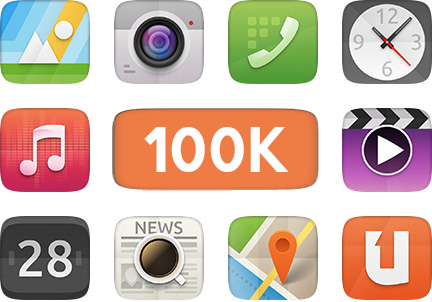 “Web app” is something of a dirty word. It sets lowly expectations; thoughts of limited, sluggish and network-dependent second-class apps.

Web technologies have come a long, long way over the past few years. In fact, web apps are almost as powerful as native ones (as Chromebook owners can attest), able to leverage system hardware and sport fancy OS integration.

Ubuntu founder Mark Shuttleworth pledged to have the ‘top Android’ apps available on Ubuntu Touch for launch. There’s no indication right now as to whether this goal will be met —if an Instagram client is being brokered in the background, I’ll be very happy— but web-apps make it a moot point.

A wealth of well-known apps are already available on the platform thanks to robust HTML5 support in
the Ubuntu SDK — and plenty more should arrive soon.

This has provided a huge boon to Ubuntu’s app store offerings. With no “official” Qt/Qml Ubuntu App for the likes of Facebook, Twitter or Gmail likely to be forthcoming, there are mobile versions readily wrapped, instead.

In fact, so integrated are these that you’ll be hard-pressed to tell they’re not native. They can deliver notifications, integrate with the content hub for sharing media, and so on. 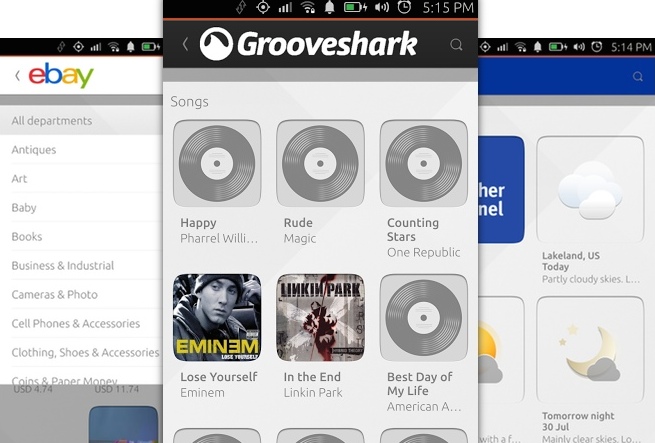 The biggest challenge for those of us buying an Ubuntu phone will be adapting to its “unique” interface.

Take the home screen, for example. Unlike Android, Windows Phone and iOS, which tend to roll with an app launcher + custom wallpaper approach.

Ubuntu on the other hand removes this layer to create a default landing page that no longer requires you to dive into an app, add a widgets, or perform a system search to find what you’re looking for.

Scopes put contextually rich information literally at your fingertips, when you need them. They can be added, removed, favourited and rearranged to create an experience tailored to you. 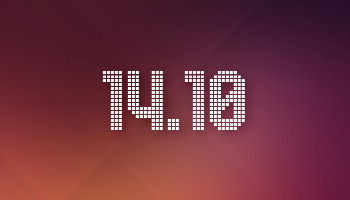