Installing any operating system, Linux or otherwise, is never risk-free. But according to user reports, a long-standing bug in Ubuntu’s official installer is making unexpected issues a little too expected.

Over the past year multiple users have expressed concern over the ‘Reinstall Ubuntu’ option present in the Ubuntu installer.

They claim this does more than just overwrite an existing Ubuntu installation and instead silently erases all partitions, including those with other operating systems, recovery images and personal data.

The issue only concerns those using the ‘reinstall’ option. It does not affect those choosing a different option.

Whose Fault Is It?

The ‘surprise’ data loss issue has been a frequent topic of consternation on the Ubuntu Forums, with novice users confused as to why their Windows, data and/or backup partitions have suddenly vanished following an upgrade.

As a user affected just 2 weeks ago explains:“I thought re-install was going to use the same partitions that I provided it the first time and overwrite the previous Ubuntu install.”

Who’s at fault here? Is it really the installer going megalomanic, or is it novice users not paying attention to what they’re doing? It seems it’s a bit of both.

Before committing to reinstallation Ubiquity warns that proceeding “will delete all your Ubuntu {version} programs, documents, photos, music, and any other files”.

And this is where the issue seems to stem from: the wording. At face value it sounds like it only means ‘their files’ will be lost from Ubuntu and its related partitions, not the hard drive as a whole, right?  But:

If the text read something like “Erase entire hard drive and reinstall Ubuntu” expectations would be set accordingly.

The upside in this is that a bug concerning the issue — which, semantics aside, is an issue for those affected by it — is open on Launchpad, the Ubuntu bug tracker.

The bug opened explains the situation:

“I had installed 13.04 Ubuntu …I got the 13.10 version (64 bit) and choose “Reinstall Ubuntu” (That may not be the exact text) It removed all the partiions (sic) including the recovery partitions. I do have a backup for the Windows install, but I was very surprised that this happened.“

This was followed up by Dan Sufho who added:

“Erase Ubuntu 13.10 and reinstall…wiped everything including EFI, recovery and windows8 and created its own EFI (it was bigger than the previous), ubuntu ext4 and a swap at the end (I’m not sure if it deleted the EFI or just resized it).

Unortunately (sic), I don’t have any backup of my windows installation. If it hadn’t been for the swap I would have restored my recovery partition untouched. Now i will probably have to give my laptop to a service.”

The bad news is that the bug has been open for a year. There’s still no word if a concrete fix or reworded solution (or even an agreement to mention the flaw in the Ubuntu release notes) is yet forthcoming.

Satchit, who asked us to flag this issue, says that ‘if publicising this saved ONE user the disastrous loss of their data, it would be worth the effort.‘ I agree; if you intend to upgrade using a live image, be careful.

For more information you can read the bug report on Launchpad.

Linux Mint fixed it in their installer shortly after it was being reported, so its users are not affected by this issue. 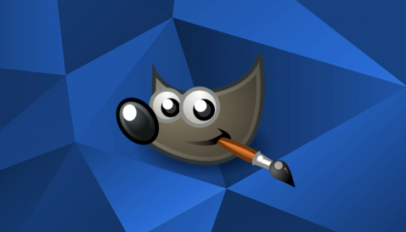 GIMP 2.8.14 Released — Here’s How to Install it on Ubuntu
Read Next