Last month saw consternation for fans of the ‘Cinnamon’ desktop, as the pseudo-official PPA providing stable builds on Ubuntu was unexpectedly retired.

But if the Linux community teaches us anything it’s that popularity begets alternatives. A new Cinnamon desktop archive has since been set up, once again giving those on Ubuntu an easy way to play with the latest releases of Linux Mint’s default desktop environment.

The default desktop environment in the Ubuntu-based Linux Mint, Cinnamon offers up a polished, dependable and familiar user experience based on the traditional ‘bottom panel, app menu’ paradigm. But while it may have the faint visage of old school Linux it’s based on modern GNOME 3 technologies.

In the past we’ve referred to it as the ideal refuge for those either unconvinced by the direction other DEs have taken or simply not using a device powerful enough to run them adequately.

Against Unity, Cinnamon can seem fairly performance orientated. It doesn’t come bogged down with excessive bling (though certainly supports it, if needed), uses a lightweight compositor and window manager, and implements sane, simple defaults in (and this is meant in the nicest possible way) a fairly pedestrian manner.

Getting Cinnamon on Ubuntu has never been entirely straightforward. It’s not available directly from the Software Centre in the latest LTS release, and with the once dependable PPA now closed, it looked as though switching to Linux Mint was the easiest bet.

Switching away from Ubuntu solely to toy with another desktop environment is a drastic solution. Curiosity doesn’t have to kill the Tahr.

A brand new unofficial Cinnamon Stable PPA for Ubuntu 14.04 LTS provides packages of the latest release of the desktop.

You’ll see a blur of commands whizz by. Wait until these come to a halt then log out of Unity (or whichever desktop environment you’re currently using). From the Unity Greeter click on the Ubuntu (or GNOME, LXDE, etc.) icon to open the session selector. Find the ‘Cinnamon’ session, click on it, and then proceed to login.

That’s all you need to do. To switch back to Unity simply repeat the steps above, selecting ‘Ubuntu desktop’ in place of Cinnamon.

While this post is designed more as a guide on how to install the DE and less on how to use it, once at the Cinnamon desktop you’ll find things are easy enough to understand.

The bottom panel houses a menu (the logo can be changed, don’t worry), shortcuts to apps, and an app list. To the far right is the system tray, with a clock/calendar, notifications and indicators. You can add, remove or rearrange applets and panels by right-clicking on them.

Compared to the GNOME Flashback session (which offers a familiar desktop layout) Cinnamon does offer more in the way of customisation, theming and general personalisation. That stuff is important for some users who see visual restrictions as something best left to Windows and Mac OS X.

And while the DE won’t surprise you by going against long accepted conventions, it has enough on offer to still deliver a truly functional, dependable experience.

Are you going to take the Cinnamon challenge? Let us know how you get on!

Any #Cinnamon users care to share a screenshot of their desktop? This is how mine is looking after a quick tidy pic.twitter.com/IC9FIoN0NU 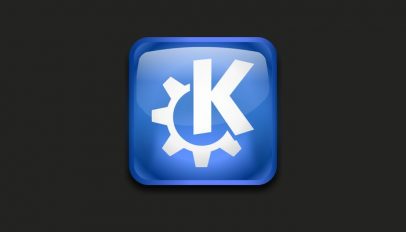