The sleep/screensaver inhibitor Caffeine has brewed a new release — but long time fans of it may find the new flavour takes some getting used to.

Just like the stimulant giving the app its sobriquet, Caffeine is designed to help your computer stay awake. It’s chiefly used to prevent a screensaver or lock-screen from kicking in when you don’t want it to (e.g., watching videos or leaving music playing in the background while you snooze).

Older versions of the utility allowed the inhibitor to be toggled on/off as needed or become active when running certain applications.

But in its latest release the app has dispensed with GUI features entirely. It now runs in the background and, as the current developer explains, is automatically enabled/disabled based on fullscreen activity only.

“This release switches from monitoring apps to monitoring the display’s full-screen status, which is simpler and uses less resources. Caffeine is now fully automatic: when the active window is full screen, Caffeine inhibits desktop idleness (and thereby disables the screen saver and/or screen sleep).”

As changes go it’s a fairly jarring one to make. Many users will be used to the fine-grained control of older builds. On the flip side, automatic management does reduce both the complexity in using it, if losing support for edge cases in the process, and the resource footprint.

The lack of status area indicator makes it hard to know if it’s running/active.

If you’re running Ubuntu 14.04 LTS you can grab the 2.7 release from the link below. For more details see the project’s official page on Launchpad. 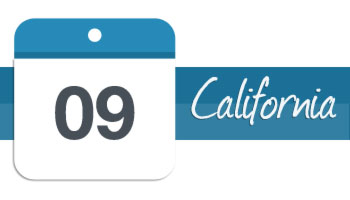 How To Install ‘California’ Calendar App in Ubuntu 14.04
Read Next