The Ubuntu One cloud storage and music store are being axed, Canonical has announced.

As of July 31, 2014, any and all files saved to the cloud service will be deleted, with core features being shut off from June 1.

As of today, April 2, it is no longer possible to purchase music files through the web-based Ubuntu One Music Store, nor buy additional storage space.

‘From June 1 the service will formally cease to function in its current capacity.’

Anyone with an on-going subscription for extra storage will, Canonical say, have the remainder of their fees refunded in the coming weeks.

The announcement of the cloud service closure means that the upcoming release of Ubuntu 14.04 LTS will not ship with Ubuntu One features on the desktop — no web apps, sync indicator or Ubuntu One client will ship by default.

Why Is It Being Axed?

Ubuntu One launched back in 2009 to much promise. As one of the first consumer operating systems to bundle free storage space, it was acclaim richly deserved. Sadly, blighted by issues early on, the cloud service gained a reputation for being slow and unreliable, one that it never managed to overcome no matter how much progress was made.

But as misty eyed as we might be inclined to get, the axe is falling for one reason, and one reason alone: it doesn’t make enough money. Canonical won’t put it that bluntly of course, but to justify the maintenance, infrastructure and support costs, especially against an increase in cross-platform competition, it has to be worth it. It’s being axed… so it clearly isn’t.

Against the likes of Dropbox, OneDrive and Google Drive, Canonical has just not been able to compete in price, presence or popularity. Canonical’s CEO Jane Silber notes this, describing the ‘free storage wars’ as a battle not ‘sustainable’ for the company she heads to participate in:

“With other services now regularly offering 25GB-50GB free storage …If we offer a service, we want it to compete on a global scale, and for Ubuntu One to continue to do that would require more investment than we are willing to make.”

Interest in the feature has certainly waned over the years, both from its users and from its own developers. The Android and iOS applications have remained largely the same since launch; the desktop applications was re-written in Qt to make its Windows and Mac ports easier to develop, but resulted in a horrendous UI on Ubuntu; and while innovative, offshoots like the ‘Save to Ubuntu One’ button, were announced to much hype, only to quickly fade in to obscurity.

February past saw an extended period of outage. It says something that this went, for the first week or so, largely, unnoticed.

Silber does explain that Ubuntu’s converged future puts much more emphasis on third-party apps, content and products. As such, having an own-brand competitor contradicts the open approach:

“Our user experience, developer tools for apps and scopes, and commercial relationships have been constructed specifically to highlight third party content and services (as opposed to our own)”

What’s Not Going Away

Ubuntu One Single Sign-on Service (the thing you use to login to the Ubuntu Software Center, Ubuntu Forums, etc), nor the Ubuntu one Payment Services (used for buying apps) will be affected by the change, says Silber.

Furthermore, the source code of Ubuntu One will be open-sourced to ‘give others an opportunity to build on this code to create an open source file syncing platform.’

Do you use Ubuntu One? Will you miss it? What alternative will you switch to?

Home » News » Ubuntu One File And Music Services Axed, Here’s All You Need to Know 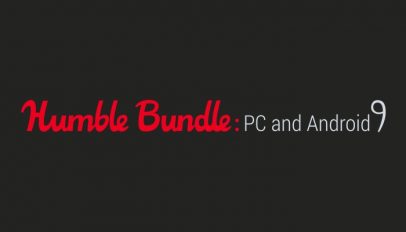 Humble Bundle: PC and Android 9 Starts With 6 Games for Linux
Read Next