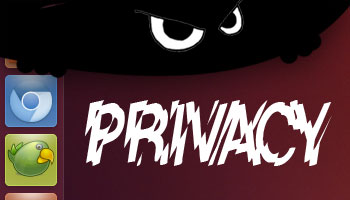 Future versions of Ubuntu will not show users Amazon product results in the Unity Dash by default — a reversal of a core feature introduced to desktop users in 2012.

Canonical’s Michael Hall, speaking on Google+, explains that the next version of Unity, currently in development, will require users to ‘opt-in’ to see results from specific online sources.

At present all queries entered into the Unity Dash are searched against a set of online sources. Related results, including the contentious product suggestions from Amazon, are returned to the Dash and are presented alongside local files and apps.

Though this feature is enabled by default it can be turned-off through a toggle in System Settings.

But before anyone unpacks the party poppers in jubilation there are caveats to note: Amazon results are not being removed entirely, and the change is not going to take effect in Ubuntu 14.04 LTS.

So what’s the plan? Let’s look.

Amazon In the Sniper’s Scope Crosshairs

Changes to the way Scopes work in Unity 8 mean that, as of its debut, the long-held concerns many have with Ubuntu’s Amazon product suggestions will be moot.

To see results from Amazon (or any other online source) in Unity 8, on the phone, tablet and, eventually desktop, one will have to explicitly ‘toggle’ that scope on before it can be searched, or any data is sent to it.

Whether the ire directed at Canonical by the EFF and Privacy International over the incumbent approach has informed the development structure of searching in Unity 8 or a simple, logical progression aimed at honing its wild excesses are to thank, we’re not sure.

Also See: How to Remove Amazon Product Results from Ubuntu 13.10

However, it is unlikely that the on-going (and increasingly more shocking) privacy exposés shared by NSA whistleblower Edward Snowden have gone unnoticed. From Google to the EU, online privacy has become a hot-potato topic across the world.

Whatever the catalyst, the shift to requiring user consent before shunting queries across the web is more than welcome.

In the current Unity desktop you hit the Ubuntu button and the Dash opens. From the ‘Home’ Lens one enters a term for an app or document and the query is ferried over to Canonical’s (secure) servers where it’s anonymised, matched up to “relevant scopes”, and results from those for your query are returned.

The whole process takes barely a second or so and results in something like this: 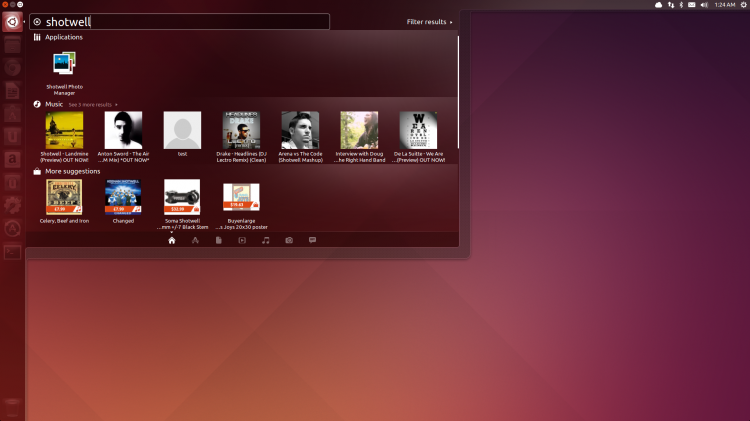 In Unity 8 the search paradigm has shifted towards refinement. Gone is a central ‘home scope’ that tries to do ‘all the things’, at all times, from as many places as possible.

Instead, online searches are conducted through a the (rather ridiculously named) “Scopes Scope”. When entering a query here, Unity will recommend Scopes that it thinks can deliver results pertinent to the query.

This is the crucial difference: it gives you the choice of Scopes to search; it doesn’t search them for you.

Clicking on one a recommendation will runs the query for that source, serving up results from it and it alone. Scopes you like and want to use more often can be “favourited” for faster searching next time.

While Amazon results aren’t going away — they’ll still be available, just not searched by default — segmenting service into individual on-demand pockets is a canny move. Not only is the user put in control of what is sent and to where, it helps filter out the ‘noise’ the current iteration suffers so badly from.

Hall does say that he’s not clear if queries made in a search-specific Scope will continue to be anonymised through Canonical servers. Given the early stages of the feature (not yet landed in Ubuntu Touch images) it’s something that will be clarified in due course.

Will you appreciate this change? Or are you going to miss instant, everywhere search?

Fredrik I prefer fantasma theme, or shade-z dark glass.
How I Enabled a Cool Transparent Blur Effect on Ubuntu 21.10

Fredrik Are you sure you didn't accidentally install gnome-terminal instead of…
How I Enabled a Cool Transparent Blur Effect on Ubuntu 21.10

Fredrik Well the extensions gets updated fast after a new gnome…
How I Enabled a Cool Transparent Blur Effect on Ubuntu 21.10