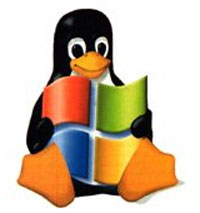 Support for Windows XP officially ends on April 8, 2014. After this date Microsoft will no longer issues security updates, patch exploits or provide any other means of official, direct support to its users

For the majority of us the axe can’t fall soon enough. At twelve-years old, XP is a crusty, cob-web laden old-codger of an OS, one that has trundled on well past its best-buy date.

But in relieving themselves of the Crayola-coloured burden, Microsoft are throwing an estimated 25% of PC users in to a minefield of security issues.

The company will be hoping that the fear of vulnerability will spur the frugal XP hold-outs into upgrading to (read: buying) a newer version of the Windows family. Canny; Windows 8 appears to need all the help it can get!

While newer versions of the Windows operating system will require newer, faster computers to run on (i.e. expense) there are other, cheaper (i.e. totally free) solutions. In fact, there are versions of Linux designed specifically to run on ageing computers, breathing new life in to hardware that would otherwise be considered obsolete. 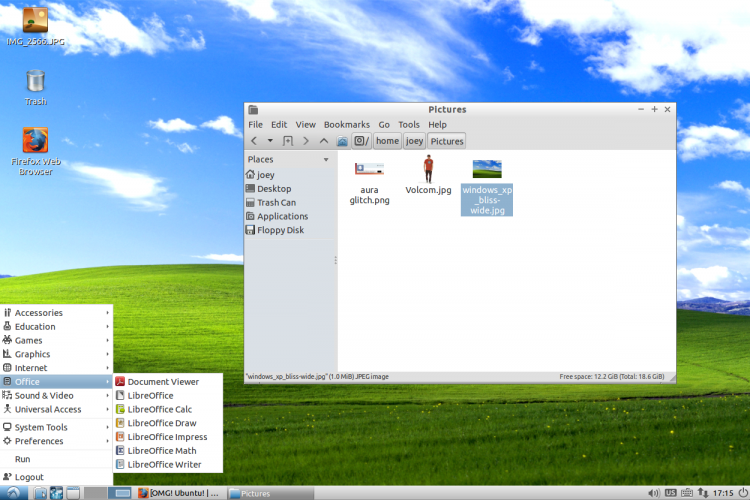 So let’s say you’re running Windows XP right now. You like it; it does what you need. But, at the same time, you don’t want to gamble on security. It’s a wise and sensible thing. But what to do?

Lubuntu is a free, Linux-based operating system that supports a wide range of computers and hardware. It’s fast, safe and secure (Linux doesn’t require virus software, for example) it’s also really easy to use, and there are thousands of applications available for it.

Not sold? Let’s take a look at some of those points in a little bit more detail. 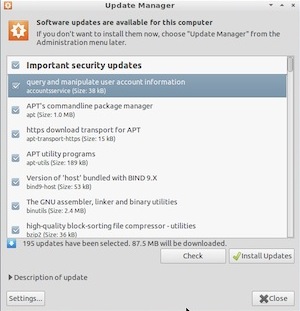 Microsoft has supported Windows XP far longer than they originally planned. As such few will blame them for finally redirecting their time and effort into their more modern systems designed for newer hardware.

But that doesn’t mean those on ‘old’ computers are left to the wind. Lubuntu is one of several Linux distributions that aims to breathe new life into ageing hardware.

Lubuntu 14.04, due for release this coming April, will be updated with critical bug fixes and security updates as and when needed until 2017 at the earliest. After this date you’ll be given the choice to upgrade to the next major release — again, for free!

The biggest culture shock you’ll experience in switching is (actually) a nice one. Unlike Windows, you do not need to use anti-virus or malware protection software on Lubuntu. Why not?

Linux is built in a way that makes it very hard for viruses to run, much less do any sort of damage should they somehow find themselves installed. As long as you don’t install suspicious software from suspicious places you’re virtually immune to any sort of nasty or untoward threat.

Moving away from an operating system you’ve used for years can seems scary, I know that. The good news is that Lubuntu has a very similar layout to Windows XP. So while it looks a little different to what you’re used to working with the differences are largely cosmetic.

Take the desktop for example:

Your Favourite Applications Are Available

While not every single application you’re used to using is going to be available on Lubuntu, a good many will be.

There will be few new names to learn and icons to get familiar with, but when it comes to software Lubuntu offers all the same core functionality as Windows XP.

For browsing the web the modern, fast and secure Mozilla Firefox web browser is installed by default.  The Google Chrome browser is also available to download and install should you wish.

For video calls Skype is available; ‘Pidgin’ is a multi-service instant messaging app that can connect to Facebook, AIM and Yahoo! Chat among others; and ‘Sylpheed’ is just one of the many apps available for getting e-mail on your desktop.

Microsoft Office isn’t available natively on Linux, but there are a host of office applications, including spreadsheet and word processing tools, available that are compatible with Microsoft Office documents. Lubuntu also includes a document viewer for viewing PDF files.

More apps, most of which are free, can be installed from the Software Centre application preinstalled on your computer.

Some common “equivalents” to know:

For more information on Lubuntu you can visit the official website for the project. There you’ll also find details on how to download a copy, burn it to a CD and try it out for yourself without losing your files.

Jim I kinda agree. You don't have to swoosh the windows…
elementary OS 6 Intros a Simpler Alt Tab Experience

Link_The_Ultimate_Chronomancer Wish I could upvote more than once. I hate it…
elementary OS 6 Intros a Simpler Alt Tab Experience

Link_The_Ultimate_Chronomancer Speak for yourself. I prefer Windows XP's method. I can…
elementary OS 6 Intros a Simpler Alt Tab Experience