The stickler for now is that he won’t say who that company is.

Speaking at the LeWeb conference in Paris, the Ubuntu founder told journalists that the first batch ‘of agreements to ship Ubuntu on mobile phones’ have wound up successfully.

“We’ve shifted gears from ‘making a concept’ to ‘it’s going to ship”, CNet report him saying, “That has a big impact on the [Touch OS] team.”

This reveal aside no further details are yet known, though Shuttleworth has said that the deal will see Ubuntu Touch offered on a “high-end” phone at some point in 2014.

In an echo of previous comments, the CE of Canonical also confirmed that plans with other companies remain ongoing. “We are now pretty much at the board level on four household brands. They sell a lot of phones all over the world, in emerging and fully emerged markets, to businesses and consumers.”

Since the unveiling of the Ubuntu Touch project back at the start of the year Canonical’s mobile ambitions have grown fast, culminating in a (fairly sober) 1.0 release this past October. The project has also attracted interest from a number of well-known telecom carriers across the world, including 3, EE, Verizon, Deutsche Telecom, and T-Mobile. 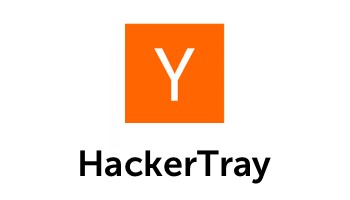 HackerTray Brings ‘Hacker News’ to Your Menu Bar
Read Next