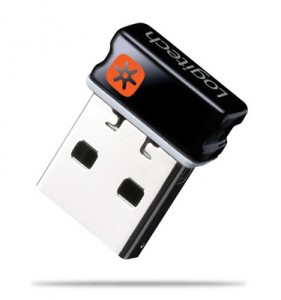 Using Logitech’s Unifying Receiver on Linux can be a hassle.

The penny-sized USB wireless dongle enables as many as six compatible Logitech wireless devices to be connected to a computer.

Being a slim, low-profile and discrete size the company say there’s “no need to unplug it when you move around” – a far cry from the days when using a “wireless” device meant having to stay within (what felt like) a 20cm square box and in clear view of a huge blinking infrared receiver.

While Logitech’s mini marvel does work out-of-the-box on Linux, with the first device able to connect right away, some users have reported issues in pairing and unpairing subsequent peripherals.

A bit of command line know-how will solve most issues – but where’s the convenience in that?

Solaar does not support every Logitech keyboard or mouse able to use the Unifiying Receiver but it does support a great many. Check this supported devices list for more information on what is expected to work.

Solaar is available to install from Ubuntu Software on Ubuntu 16.04 LTS and above.

Installing Solaar on Ubuntu 12.04 LTS or 14.04 LTS requires the addition of the following PPA.

Those using GNOME Shell should swap the last command for:

Pre-built packages for other distributions, including Arch, OpenSUSE and Mageia, are also available from the project’s GitHub page.

Once installed, Solaar can be launched from the Dash. You may need to remove and reinsert the receiver before it is detected by Solaar.