Valve has lifted the lid on the first of its three announcements and it’s a corker: say hello to Steam OS.

Yep, you read that right: Valve has today announced plans for their own Linux-powered operating system designed ‘for the TV and the living room‘.

Given the sheer amount of work the company has put into Linux over the last year or so ‘Steam OS’ is a logical step. They’ve ported their games distribution app, ‘Source’ game engine, and many of their AAA titles over to Linux, and persuaded top tier GPU vendors to give their Linux drivers some long overdue love and attention.

With a solid foundation firmly under foot the company have gone one further and built an OS around Steam and its core features.

Heart of the Living Room

Valve are pitching SteamOS as being the heart of their plans for living room (read: Steambox console) gaming, saying:

SteamOS combines the rock-solid architecture of Linux with a gaming experience built for the big screen.”

Users will be able to access the entire 3000+ strong Steam catalogue of games. Not all of these are available natively for Linux (and thus Steam OS) but Valve have a way around that: simply load up your Windows or Mac computer, fire up Steam and, through Steam OS, those can be played straight on your TV.

The good news is that this workaround won’t be needed for long – newer games from Valve will be available natively on Steam OS in the future.

Several AAA gaming titles will be revealed later this week, say Valve. These will be able to take advantage of the “significant performance increases in graphics processing,” the company say Steam OS contains.

But that’s not all. Work on improving input latency and audio performance is currently underway.

Although gaming remains very much in Steam’s lifeblood, Valve are positioning their OS as something more than simply a way to game on a larger screen. For Steam OS to compete with other operating systems – both console-based and desktop-based – Valve are to expand their offerings to include music, tv and movies.

Valve say they’ve been several ‘media services’ users ‘know and love’ to provide these features – Spotify has already been confirmed. Could we expec

Steam OS will be available for anyone to download and install on their computers for free, as well as ‘freely licensable’ for manufacturers to install on PCs.

Although not confirmed by Valve, we’ve been told that Steam OS is based on Ubuntu 12.04 LTS.

For more details head over to the SteamOS mini-site @ store.steampowered.com/livingroom/SteamOS 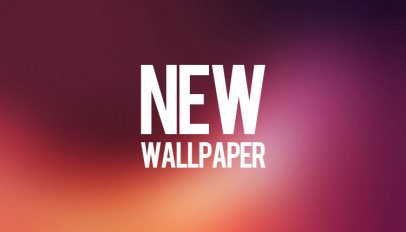