A ‘Early Alpha’ of Unity 8 is available to install and test in Ubuntu 13.10 from today – just don’t expect too much from it quite yet.

Unity 8 is not set to be fully integrated into Ubuntu desktop until around 14.10. So while you can install and run Unity 8 on the desktop of 13.10 it is not yet a desktop interface; the look, layout and experience are not yet tailored for mouse + keyboard use. 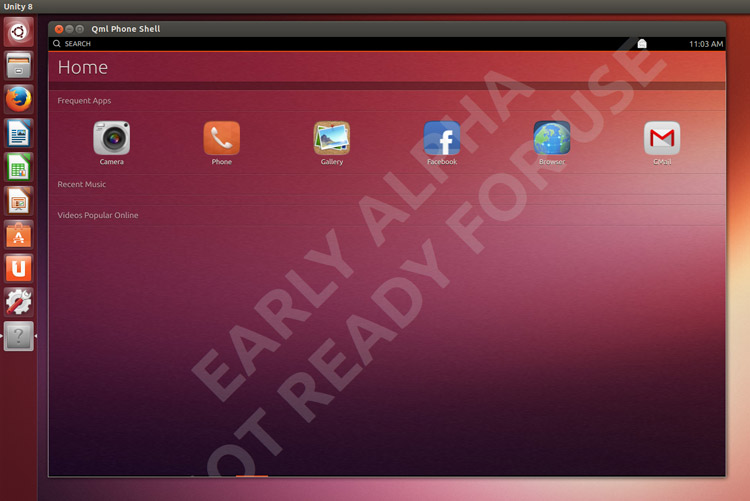 What Works, What Doesn’t

Unity 8 runs as a windowed app on the Ubuntu 13.10 desktop. This window can be resized, allowing you to switch from ‘phone’ layout to ‘tablet’ layout.

Applications, files and folders all show up in their respective lenses, though many have broken or distorted icons. Clicking on a desktop app or file icon will open it as normal on your desktop. Those for Ubuntu Touch apps you don’t have installed open up image place-holders.

Indicators, the HUD & – for me at least – menus don’t yet work in this port. But, again with the disclaimer: this is very much work in progress. Don’t judge it as a final, finished piece of software.

If you’re running Ubuntu 13.10 and want to toy with Unity 8 you can install it by running the following command in a new Terminal window:

Or using the Ubuntu Software Center:

To run Unity 8 on the desktop first open a new Terminal window and enter the following command:

Then, to launch it, issue: