I don’t know about you but, despite having an endless list of gaming titles in my Steam for Linux library, I never feel like I quite have enough…

So, in honour of impatience, let’s take a quick look at six hotly-anticipated arrivals set to arrive on the digital shelves of Steam for Linux in the coming months… 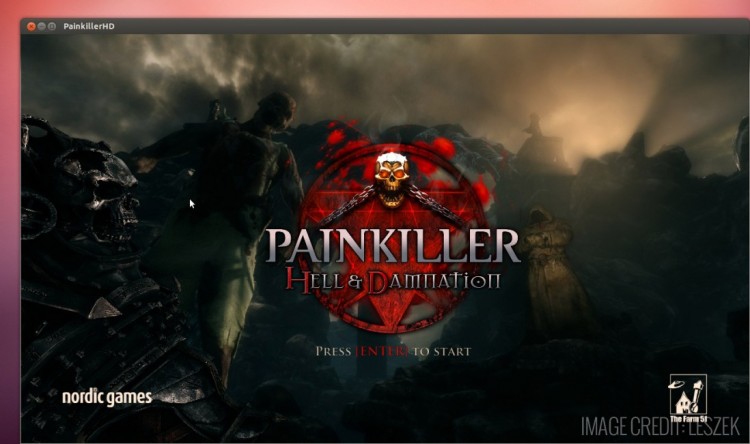 We’ll kick off this run-down with a game that doesn’t have the best of reputations: first-person shooter Painkiller: Hell & Damnation by Nordic Games.

‘Part-sequel, part-remake’ of an earlier release, P:H&D sees you tasked with collecting 7,000 souls for Death (or the Grim Reaper or Clive from accounts – it’s never explicitly stated who).

And that, to be brutally honest, is all there is to this game. It’s just you, an array of (to be fair, quite awesome) weapons and endless streams of mindless* evil scum marauding towards you. You kill them, progress, repeat.

Fans of the original Painkiller game won’t have any problem with this set up (or the metal soundtrack) but I worry that those buying it simply because it’s coming to Steam for Linux might be left a little disappointed.

Precise release date not known at present, but looks like it’ll be towards the end of this year.

*The AI is pretty woeful according to reviews

Pit humans again aliens in a stunning futuristic 3D environment, throw in a healthy dose of real-time strategy and you’ll end up with something awesome – like immersive, multiplayer shooter Natural Selection II.

As the game approaches its first year of release, Unknown Worlds Entertainment, the team behind the title, has announced that it’s coming to Linux.

Precisely when? Tentatively pencilled in for September.

Monaco: What’s Yours is Mine

Top-down, co-operative heist game Monaco is the most recent of this list to have Linux support confirmed. Writing on the Steam Community for the title its developer told fans:

[The] Linux port is definitely happening guys. Just a matter of time now.

Despite the inevitable groans of ‘not more top-down games’ from some quarters, Monaco’s arrival on Linux will be a pretty big deal. The game has been widely praised by reviewers and industry, winning two awards at the 2010 GDC Games Festival.

The game currently holds a 85/100 on review on Metacritic.

The arrival of the infamous sandbox physics game ‘Garry’s Mod’ was an inevitable arrival on Steam for Linux thanks to the game being built on Valve’s 3D engine ‘Source’.

It’s not a ‘game’ in the traditional sense. Garry’s Mod has no set goal to reach or score to beat. What it does do is give you the tools to build vehicles , weapons, flux-capacitor with built-in Sega CD… – it’s up to you.

It’s already sort of available for Linux as an unstable beta build, but look out for an official release later this year.

The Linux release is waiting on approval from the publisher, at least according to the team behind it:

“The game is available on Linux/Mac; however, it was not officially launched yet. Linux/Mac versions should be already done, we are waiting for the approval from publisher and subsequent launch, which I hope will happen really very soon.”

Hopefully it won’t be too long before we see it appear on Steam.

If you’re of a certain age then the video game series Worms will need little in the way of introduction. It channels the traditional turn-based artillery/strategy game through a tunnel of wacky, comical, cartoonish fun.

Worms hellbent on blowing the squeegee out of each other, armed to the worm-equivalent of teeth with all manner of crazy weapons – it can’t fail to be awesome, can it?!

Worms Reloaded, released by developers Team17 back in 2010, saw the series return to the 2D side-scrolling style it originally became famous for.

And, since it’s on this list, that means it’s coming to Linux. Or at least very much looks like it will. Awesome stuff.