19% of those quizzed said they were ‘very interested’ in creating apps for the platform, ranking it higher than both Blackberry 10 and the Intel-backed Tizen.

Data firm IDC and app development tool Appcelerator, who conducted the survey, quizzed over 6,000 developers during April of this year.

What makes the statistic impressive is that Ubuntu Touch was only announced in January. Such interest on a young platform – particularly one yet to release a single handset – is promising. 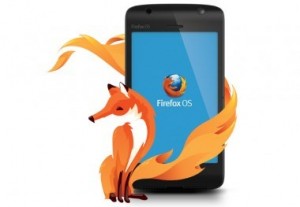 But the best news was reserved for Mozilla’s Firefox OS.  25% of those asked expressed strong interest in developing for the fledgling open platform.

Firefox OS already boasts an impressive roster of backers, including from major telecom companies in the Americas and China, as well as commitment from OEM and chipset makers, including LG and Qualcomm.

Good news for Ubuntu and Mozilla, but how do their stats stack up compared to the rest of the market? The breakdown of % of those ‘interested’ in developing for a given platform are as follows:

Lubuntu, Kubuntu Won’t Ship With Mir in 13.10
Read Next