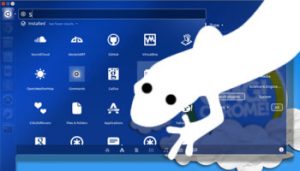 It’s 5 months away from release, but we already know most of the new features planned for Unity in Ubuntu 13.10.

This is, in part, due to developers putting focus on Ubuntu Touch – the mobile version of Unity aimed at mobile and tablet devices.

While this work will eventually make its way to the desktop in the form of Unity 8, it won’t be finished in time to make this release. So the current version of Ubuntu’s desktop – Unity 7 – will serve as the basis for the next release, albeit with some extra polish, a few new features, and plenty of bug-fixes.

Features planned for Unity in Ubuntu 13.10 include:

There was also, early on in this cycle, talk of Locally Integrated Menus being implemented. However this hold-over from Ubuntu 12.04 was not mentioned during the recent Ubuntu Developer Summit session. Could we yet see it as an option in Ubuntu 13.10?

For performance fans the Ubuntu development team plan to use Compiz 0.9.10. This ‘trunk’ version includes a number of patches and tweaks that add a bit more oomph to the window manager’s performance.

You can see an earlier version of the proposed In-Dash Payment Preview in the video below.

Unity 8, Mir Preview To Be Available in Ubuntu 13.10
Read Next