Tizen, the open-source Linux software platform aiming to power everything from smartphones to smart TVs, is seemingly coming to laptops.

Intel demoed a Tizen laptop experience at the Tizen Conference 2013 in San Francisco, USA, earlier this month. And it wasn’t demoed on any old heap of hardware, either: Intel were showing off the OS newcomer on an i7 Ivybridge Ultrabook.

The Tizen OS experience is powered by ‘Tizen Shell’ – a UI built upon GNOME-Shell.

While parts of the desktop are familiar Tizen developers have also made a number of modifications to it, including creating a set of moveable desktop widgets and introducing a HTML5 run-time for powering web-apps.

You can check out the full OS experience in the video below, taken by the folks over at Tizen Experts.

As Tizen is an open-source project all code will be published on the official website later in the year. Better yet, installable images for Ivy Bridge laptops may also be made available for download (with a suite of developer tools pre-installed) in an attempt to woo developers into using the OS for developing smartphone apps for the platform.

With Ubuntu-powered laptops beginning to increase in both availability and visibility; and with Google’s Chromebook enjoying phenomenal success, could an alternative OS find success on laptops? It just might.

Sporting industry backers like Intel and Samsung, both of whom are actively steering its development, the fledgling OS certainly has enough clout behind it to carve a niche.

Laptops aside, this year certainly will see more of Tizen in the news as the first Tizen smartphone from Samsung is set to go on sale later this year. 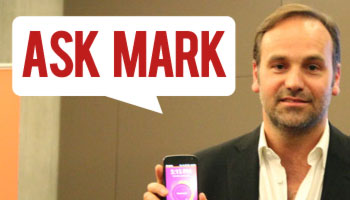