This time tomorrow hundreds of thousands of Ubuntu users across the world will be asking themselves the same question: ‘Should I upgrade to 13.04 or not?’

While tomorrow’s release lacks much of the Bang! Pop! Wow! of earlier releases, it does provide some much-needed polish to the Unity experience.

But is that worth upgrading for?

Answering that question isn’t as clear-cut as you’d think. Many different factors affect such a decision. Laptop users may ask whether battery life is better, whilst those on desktops may be more interested in newer features or improved hardware support.

If we paint with broad strokes for a moment then for 12.10 users upgrading is a no-brainer on paper.

While it’s virtually identical in terms of features and looks it is superior in overall-performance, resource usage, and polish.

You get a faster version of Unity, a batch of updated applications, and a couple of neat new features.

But 13.04 comes with a truncated support period of only 9 months, down from the 18 months offered by 12.10. For most that won’t mean anything, but if you’re using Ubuntu on a work laptop the notion of not having security upgrades and vital bug fixes further down the line is a playing concern.

But for 12.04 LTS, whose support window is a mammoth five years, the criteria changes things; 13.04 looks less tempting on paper.

Not only is there a lower support window with less promise of critical fixes, but there will be more disparity in apps and features between versions, and the quality assurance of them is slightly lower than accepted for an LTS.

The short answer is that if you’re happy with what you’re using right now then don’t upgrade. You don’t need to. Plus, Ubuntu 13.04 isn’t going anywhere.

Patience will pay off for the paranoid, too, as any major regressions will begin to surface as more users test it after its release.

Will You be Upgrading to Ubuntu 13.04 on Thursday? 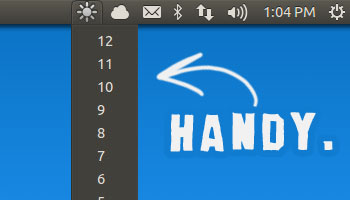