Ubuntu 13.04 will be released later this month, and whilst many will be focusing on the big bang-whizz changes – like new animation effects, features and app changes, few will give much attention to the subtler changes.

I don’t pin enough app items on my launcher to ever see Unity’s ‘accordion’ effect, and chances are many of you don’t either.

But for those of you that do, Raring makes accessing apps within the accordion fold far quicker. Hit play on the video below to see a before and after of the effect in action.

Raring no longer requires you to type application names letter-for-letter. It now uses ‘fuzzy searching’ to try and determine what it is you’re probably looking for.

I’ve, personally, sorely missed this feature. Anyone who reads this site regularly knows that I can be a little clumsy fingered when it comes to typing (rather, I type faster than my ability allows!).

Unity 7 includes a number of ways to switch between application windows – alt+tab, the app spread, and quicklists.

Another method, debuting in Ubuntu 13.04, is ‘scroll switching’. Just hover your mouse over a launcher item with more than one window open and roll on your scroll wheel to cycle through open windows.

It’s now easier to see when the trash can, SD card or external hard-drive is open in Nautilus.

When a filesystem item that is pinned to the Launcher is viewed in Nautilus its launcher item tile will fill with background colour.

Had I not seen this change in Unity’s changelog a few weeks back I likely would never have noticed it.

Everytime you mouse over items pinned to the Unity launcher a tooltip shows up with a description label telling you what it is or what it does.

In Ubuntu 13.04 these tooltips are now animated, fading in and out.

In the image comparison below try to spot the difference? Easy, right? The changes to the Alt+Tab switcher are many (glows, highlights, shapes, etc). But the change I want to highlight are the newly un-pixelated pips used to denote apps with multiple windows open. 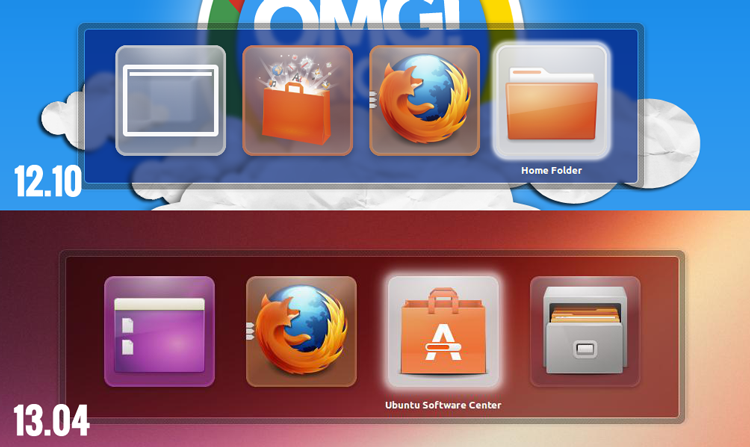 We mentioned this change a few days back: when more than one window of an app is open you can right click on its launcher item to see a list of open windows. If one has focus you’ll now see a ‘dot’ next to it. 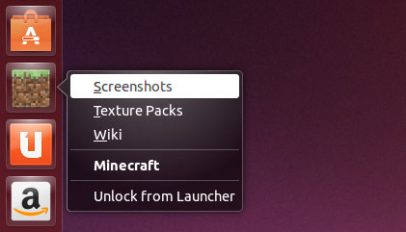 How To Easily Install Minecraft on Ubuntu
Read Next