The Twitter App was one of the core apps targeted for colloborative development with the community contributors playing a equal role.

Mr. Park had in previous conversations on the mailing list highlighted the fact that users who would eventually be buying the first Ubuntu Phones would react poorly to the lack of a official Twitter or Facebook app and that it was pretty critical that Canonical buy the rights to use the Twitter brand on the upcoming platform.

It is unclear how failed negotiations will impact the overall Ubuntu Touch UI considering that displaying the amount of tweets received was a hallmark feature of the new crisp UI. 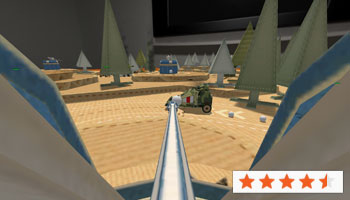 ‘War In a Box: Paper Tanks’ – Tank-Destroying, Pellet-Blasting Fun for Ubuntu
Read Next