Installable Ubuntu Phone images for the Galaxy Nexus and Nexus 4 handsets will be available to download from next week, Canonical have today announced.

From February 21st two pre-compiled images will be available for anyone with either supported handset to download.

The preview will allow fans and app developers alike the chance to get to grips with the Ubuntu Phone experience ahead of its official release later this year.

But if the thought of ‘flashing’ your phone scares you then relax: Canonical have got you covered. Accompanying the preview will be a desktop app that downloads, updates and install Ubuntu Phone on to supported handsets.

It’s likely that the tool will be similar to the ‘Nexus 7’ installer  released by Canonical last October, which enabled owners of the Google Nexus 7 to quickly install Ubuntu on to their device.

But more important than the release of two pre-compiled images will be a mass of un-compiled code. On the same day that Nexus owners face an ‘Android of Shiny New Preview’ dilemma, the Ubuntu Phone source code will also be made available.

This ‘milestone’ will be significant for the Ubuntu Phone project as it will mark the first that developers can dive in to the code. As an open-source project, devs will able to fix, refine and add features, as well as port it to run on other devices.

“Our platform supports a wide range of screen sizes and resolutions. Developers who have experience bringing up phone environments will find it relatively easy to port Ubuntu to current handsets”, says Canonical’s  Pat McGowan, who heads up the team producing the images.

Details on install Ubuntu Phone, and the devices supported, will be listed at wiki.ubuntu.com/TouchInstallProcess in the coming week. 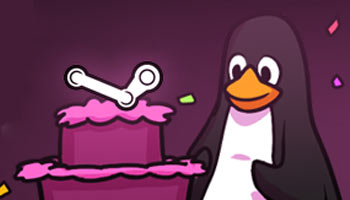