A powerful voice recognition tool has been demoed on Ubuntu by Linux developer James McClain.

Using voice alone you will be able to:

All of the above, and a few other tricks, can be viewed in the following video demonstration by McClain:

A simple overview of how the tool works would look something like this:

Rather neat is that ‘fuzzy searching’ is enabled in the utility, meaning that, potentially, users can launch an app, or open a website using different terms. For example ‘start firefox’, ‘open firefox’, ‘run firefox’ & ‘launch firefox’ would all result in the same action.

That’s smart. It allows you to express yourself in a more natural way. For example, I don’t say that i ‘run’ Firefox, but ‘open’ Firefox.

By not forcing you to remember a fixed set of commands the tool will feel more intuitive and helpful.

McClain says that it will be easy for developers to add their own commands and functions to the app dictionary.

A private beta will be released to a small number of developers shortly. 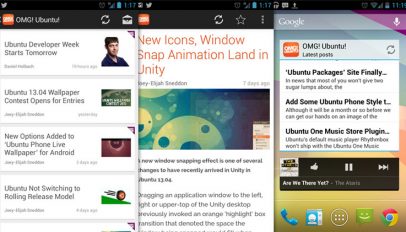 Introducing the Best Way to Read OMG! Ubuntu! on the Go
Read Next