A new Ubuntu product will be unveiled by Canonical on Wednesday, January 2nd.

Details are scant on the ground at present at present. So far the only known ‘fact’ is that which is written on the press release: it’s an event to ‘launch an all new Ubuntu product’.

The good news for you is that you won’t have to scratch around the Internet to find out because we will be at the media event on Wednesday, armed to the teeth with fully-charged microphones, DSLRs paired with class-AWESOME SDHC cards and 3G-networked, bullet-proof armoured Chromebooks.

Okay, they’re not bullet-proof, but they do have 8 hour batteries.

So keep your eye on this blog around 5-6pm GMT, or better yet, try our new Chrome extension.

What Could It Be?

What will this ‘launch product’ be? Well, it’s probably easier to guess what it won’t be.

For one, I think it’s safe to say that it won’t be an Ubuntu TV. Why not? Because the interface is still being ported over to Compiz, and the ‘2D’ QML version hasn’t seen much activity for months. 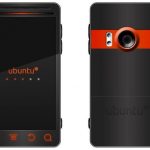 Perhaps the rank outsider of these three musings, but it shouldn’t be ruled out.

Indeed, Mark Shuttleworth himself has said that ‘Unity in 2013 will be all about mobile – bringing Ubuntu to phones and tablets.’

Could a dedicated Ubuntu-powered Unity-using smartphone be part of this?

As exciting as the idea of an Ubuntu smartphone is we’re more likely to Ubuntu for Android arrive first.

A hybrid of mobile – Android – and desktop – Ubuntu – computing contained within the once device, Ubuntu for Android was announced in early January of 2012.

The ‘technology’ exists and works, as the countless desire-stoking demos at technology expos throughout the year has proved.

And with a new Ubuntu for Android advert debuting just before Xmas, could an anniversary announcement be on the way?

Although Ubuntu can already run on the Google Nexus 7 tablet (amongst many others) the interface isn’t suited to it. At all.

In fact, despite the critics insistence that Unity is a touch OS, Ubuntu is actually a bit of a fail-bomb when used with a touchscreen.

But this is going to change. A version of Unity suited to touchscreens in on the way.

Could it be ahead of schedule?

For my last guess I’m pushing to boat out. Pushing it out so far that it smacks into the shore of improbability.

But hear me out.

Valve are rumoured to be working on a Linux-based Steam games console.

And, throughout the Steam for Linux beta, Canonical and Valve have been working ever-so well together – from engineering through to marketing.

So could an Valve have opted to use Ubuntu as their base for a Steam console? It would certainly mean they didn’t have to fork and maintain an entire distribution themselves. And Canonical, as a business built around Ubuntu, are in it for the long haul…

What do you think the ‘product launch’ will entail? Let us know in the comment void below, or via Twitter @omgubuntu.

Home » Event » All-New Ubuntu Product to Launch Jan 2nd – But What Is It?