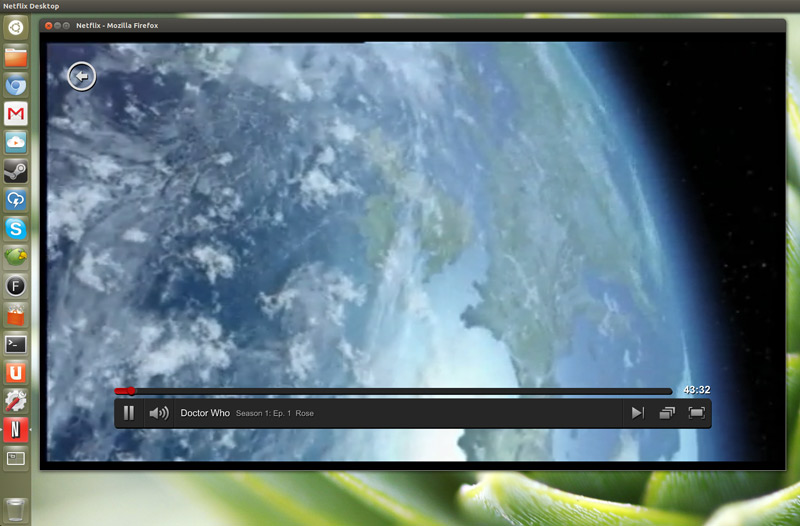 Netflix is up and running on Ubuntu – albeit unofficially, and via the familiar crutch of WINE.

Developer Erich Hoover, and Ubuntu blogger David Andrews have worked together to bring the worlds most popular movie streaming service to the Linux desktop.

The service has, until now, been confined to Windows, OS X, ChromeOS, Android and iOS platforms.

But by bundling together a Windows build of Firefox, the Microsoft Silverlight plugin required by Netflix, and adding some additional vital tweaks to make things work properly, these two developers have created a standalone ‘desktop app’ for Ubuntu that finally lets Linux-using Netflix subscribers play back movies and tv shows on their OS of choice.

But will there ever be official support?

Over the last year or so we have spoken to Netflix on numerous occasions to try and find out whether they have plans to officially provide Linux users with their service. Despite a heartening promises now and then, the answer has always turned out to be a firm, resolute ‘no’.

The Linux community is nothing if not resourceful. If there’s something we don’t have or can’t use we find a way around it. And thus Netflix Desktop was born.

To install the app bundle you will first need to add the following PPA. Bear in mind that as this is not officially supported by Netflix, WINE or Silverlight, you add it at your own risk.

In a new Terminal window enter:

To launch the application open the Unity Dash and search for ‘netflix’.

When first launching the application a number of small prompts will appear asking you to install a few extra pieces that are required to get the app up and running. Agree to  all of these, then, once finished, re-launch the Netflix Desktop app.

The application should launch fullscreen. Login to your Netflix account to be taken to the library. When you attempt to first play a title you will get another prompt – this time a Silverlight DRM one:

You have to agree to enable playback of restricted content inorder to use Netflix on Linux.

Once done your programme or film will begin playing back fullscreen. 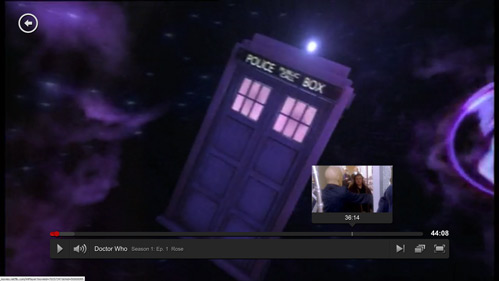 The ‘app’ itself is actually nothing more than Firefox, so to exit the full-screen mode just tap F11.

Okay, now for the drawbacks. Playback performance may vary from’okay’ to  ‘just acceptable’ to ‘frustratingly woeful’.

For me, on an Intel i5 Quad Core @ 2.6Ghz, with 8GB of RAM, performance was, at best, passable. There were plenty of skips, lags, sync-issues and crashes to entertain me when the content wasn’t.

The good news is that others have reported much better success – even on more modest single-core hardware. So the rule here is to try it out for yourself.

Don’t forget that to use Netflix you do need to have an active account, or details on hand to sign up for a free month’s trial.

iheartubuntu via Michael T
How To netflix

Home » How To » [How To] Watch Netflix on Ubuntu 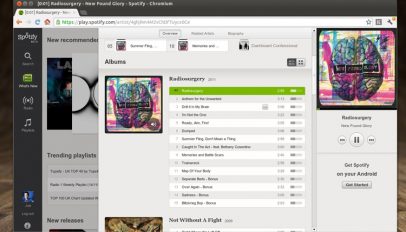 [How To] Test Spotify’s New Web Player
Read Next