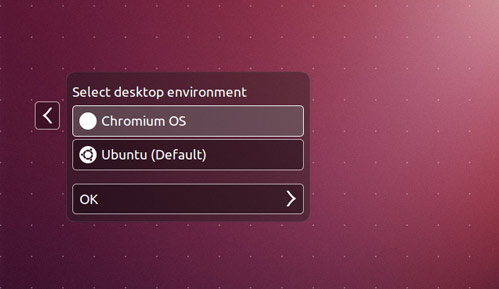 Ever wanted to play with ChromeOS? A new unofficial ‘hack’ for Ubuntu 64bit lets you do just that – and with a minimum of fuss.

The lightdm-chromeos-login project, by dz0ny, installs the ChromiumOS desktop and its Aura window manager within Ubuntu. It even lets you login it to a full-blown Chrome desktop straight from the login screen.

But if using it on its own isn’t for you then be sure to try it out in windowed mode, which runs on the Ubuntu desktop:

Now, before anyone gets overly excited it’s important to realise what this “port” does and doesn’t allow.

Whilst it does make the ChromiumOS desktop in its entirety (that is browser, window manager, app launcher, status bar, notifications, etc) accessible from within Ubuntu it remains separate from Ubuntu.

That means that whilst you can use it in Ubuntu you can’t run your Ubuntu apps in it (at least not yet), nor can you open an app within the ChromiumOS desktop and use it “in” Ubuntu.

So regardless of whether you run it windowed on your Ubuntu desktop or ‘login’ to a window-less desktop session running ChromiumOS full-screen from the Unity Greeter, the features and functions remain the same.

Disappointed? Don’t be. ChromiumOS is supposed to be a lightweight web-centric OS, and this port is giving you just that – albeit in a very convenient way; No Chromebook or LiveUSb needed here! 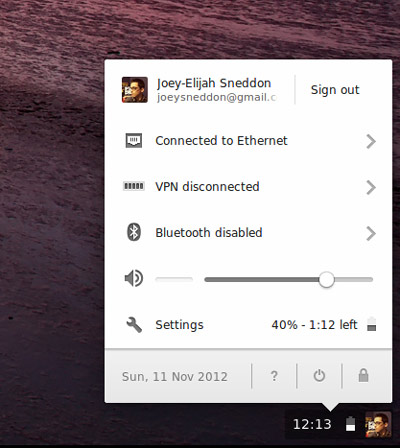 When you buy a Chromebook one thing you can count on is the OS being ready to work straight away. No fuss, no installs, no waiting.

And despite this ‘hack’ being unofficial, not to mention running on a different OS, it has maintained as much functionality as it can from the get-go. The following features are all working at the time of writing:

One important thing to note is that ‘native’ networking is not up and running yet (remember, it’s running on top of Ubuntu rather than on its own).

But providing Ubuntu is connected to the internet then so is the ChromiumOS build. This is all automatic, no tweaking needed.

What you can’t do

On to the potential drawbacks.

With this project being barely one week old it shouldn’t surprise you to learn than a number of features and functions aren’t yet working. These include:

As lightdm-login-chromeos is still in development the inexperienced or stable-system dependant should steer clear of installing this. Suffice to say, it has locked up my computer a few times.

When the package has finished downloading simply double-click on it to begin installation via the Ubuntu Software Center. During installation Ubuntu will warn you that the package is of ‘bad quality’ – it’s safe to ignore this (even Google’s Chrome browser installer gets this warning).

As the package installs it will download a canary build of the Chromium OS browser and its Aura window manager. These are fetched very quickly.

Now ChromiumOS is installed it’s time to run it. The first step is to open a terminal and run

to launch the OS in a windowed mode. It’s best to do this first so that a) you can see if it’s working and b) to go through the set-up process.

After setting up ChromiumOS you’ll land on the ChromiumOS desktop. I never had a desktop background the first time it showed for me, so to add some colour right-click on an empty part of the desktop and choose ‘Set Wallpaper…’. 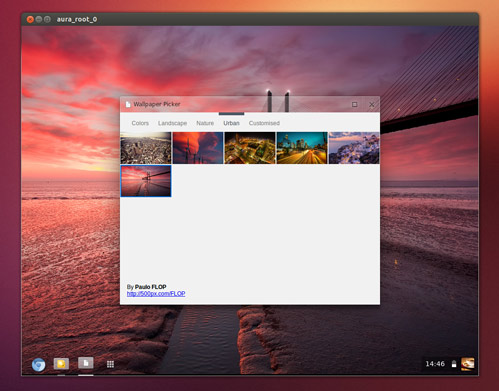 If you use the Chrome/ium browser then all of your bookmarks, themes, web-apps and extensions will be silently syncing in the background. Google Drive will begin syncing the first time you open Files > Google Drive.

It was at this point that I experienced lock-ups and freezes. If this happens to you, just close the Terminal window to kill ChromiumOS.

For further information, or to report bugs/contribute, see the projects’ wiki page:

Home » Download » [How To] Run Chrome OS in Ubuntu