Exciting new features are getting ready to land in the development builds of Unity in Ubuntu 12.10.

Amongst them is a new preview feature called, unimaginatively, ‘Previews’.

Previews are one of several changes being readied ahead of Feature Freeze on August 23rd. Past this point few (if any) new features, packages, or APIs are introduced. This is to give developers enough time to make what they do have as stable as possible.

Unity Preview – What Is it?

In Ubuntu 12.04 and earlier Dash results sport a single action: open. If it’s a music file it opens in a music player; if it’s a Wikipedia Lens result it opens in your browser, etc.

Previews give users more by introducing a ‘right-click’ action for items displayed in the lens. This action opens a “Preview Pane” tailored for that content type.

For example, right-clicking on a music file in the Dash will reveal the Music Preview. This displays giant-sized album artwork and, more excitingly, player controls to start playback. 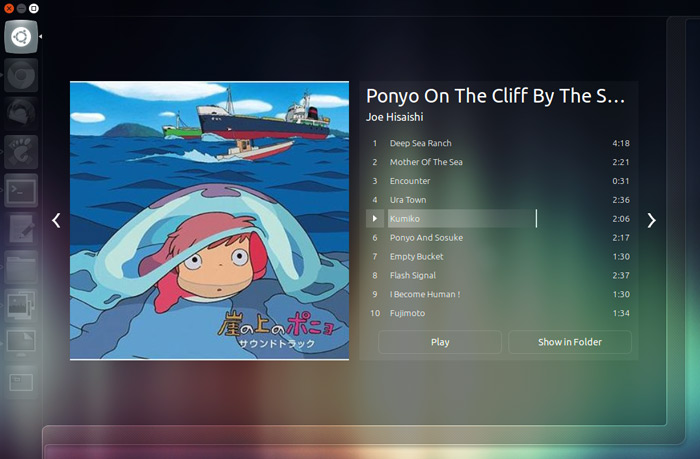 Right-clicking on a Ubuntu One Music store result opens a similar preview to that above, letting you preview every track of an album before you hit the ‘Download’ button: 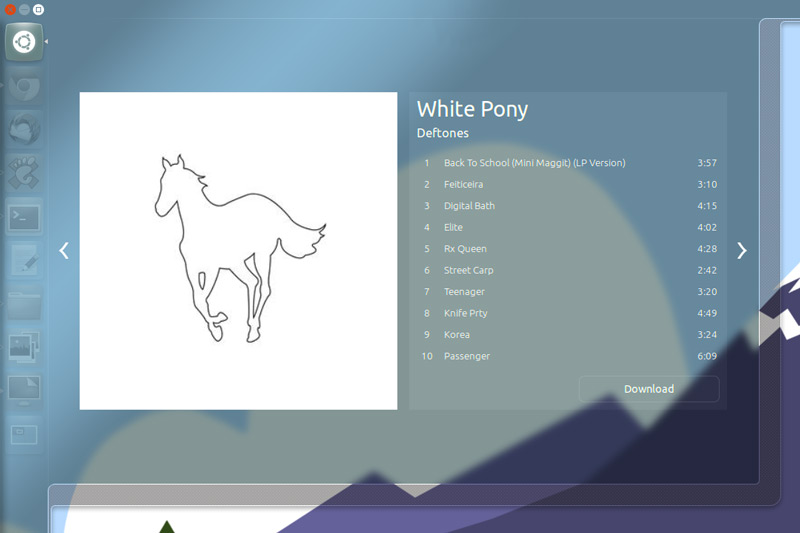 But it’s not just media files that the Preview feature has been designed for. Right-clicking on an application you have installed shows a screenshot, description, user ratings, and buttons for uninstalling or opening the app: 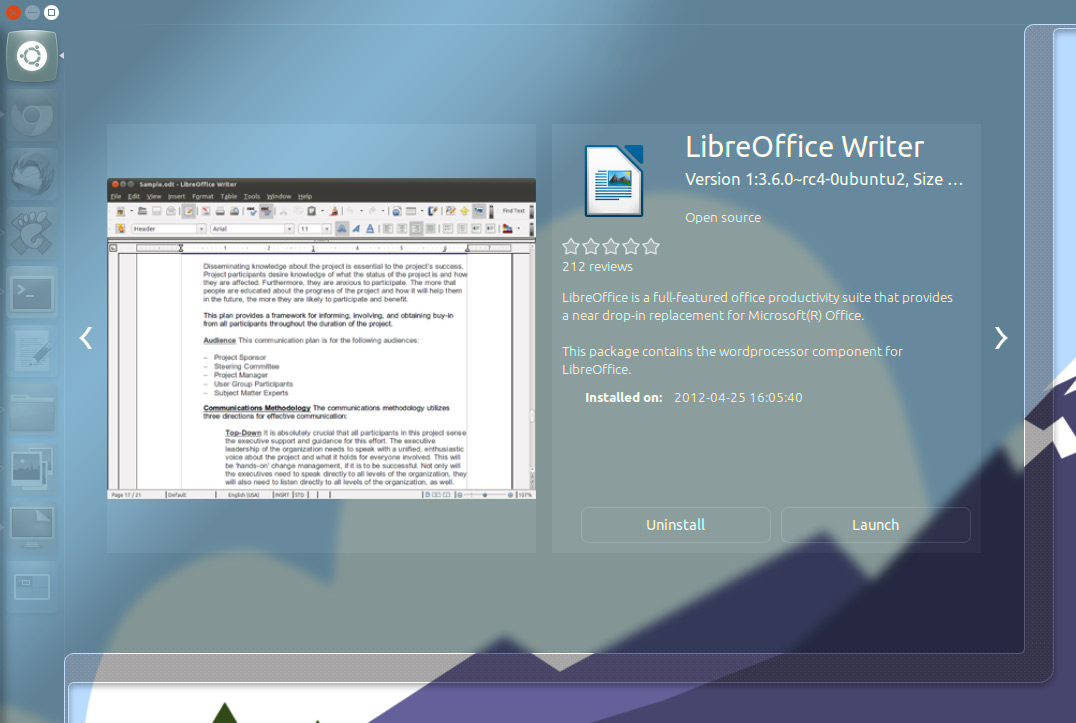 Rght-clicking on an app suggestion gives you more information about the app and how to get it: 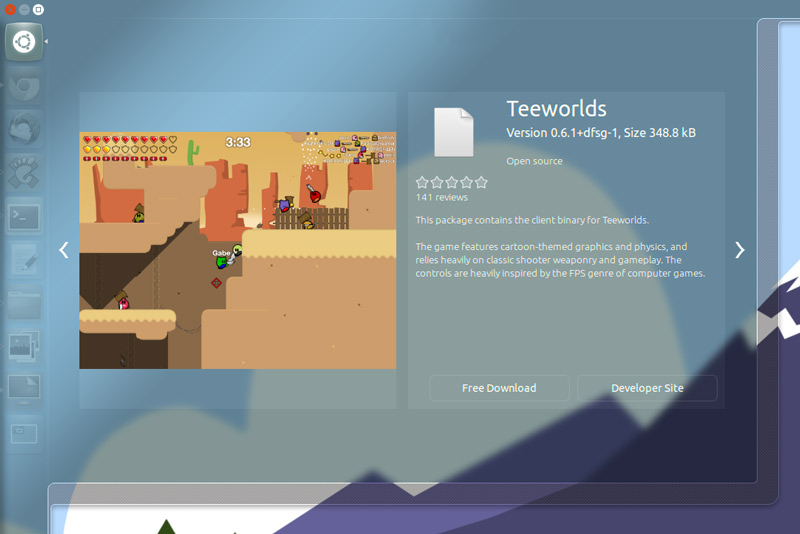 But it’s when you start to think beyond what ships as stock that Unity Previews really start to get exciting. It give Lens developers new APIs, metadata, and design layouts to play with.

“This opens so much doors for lenses,” prolific Lens maker David Callé enthused to me earlier today.

“It really brings them to another level. Lenses such as news or wiki: no browser needed anymore in most cases.”

And Callé has been quick to take advantage of the new feature on offer.

Here is his Torrent Lens showing off a new result preview when right-clicked. Note the extra meta-data provided: 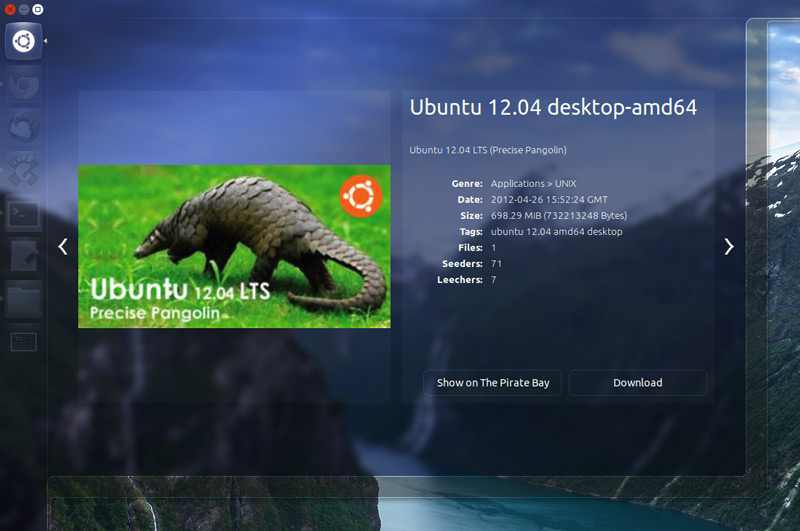 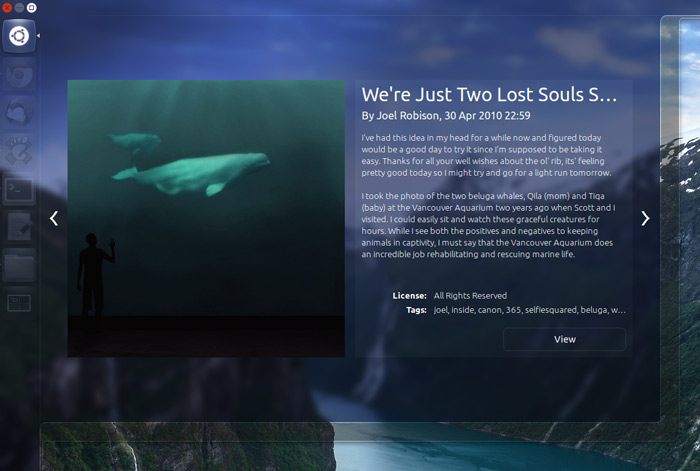 As Previews is still in active development it’s not suitable for daily usage.

But it will be coming to the Unity Staging PPA for Ubuntu 12.10 users to install later today.

With thanks to David Callé