Mark Shuttleworth has spoken about the design and thought process behind the creation of Unity, and how it’s impacted on Ubuntu multi-device strategy.

Speaking at OSCON prior to the unveiling of Ubuntu’s new integrated web apps feature, Shuttleworth ackowledged that there had been ‘controversy’ over Canonical’s decision to pursue a “multi-device” strategy, with the switch to Unity in particular proving ‘deeply unpopular’ at first. 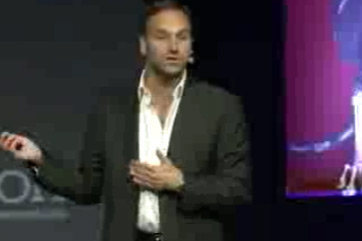 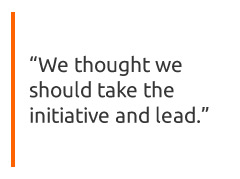 “Four years ago we set a challenge for Ubuntu, and we said ‘Okay we want to get into design, we want to really focus on the user experience, we want to innovate, and we want to see if we can get ahead of Apple, ahead of Microsoft,” Shuttleworth told the OSCON audience prior to the Unity WebApps demo.

“We [thought we] should take the initiative and lead.”

Noble ambitions. To do this Canonical assembled a design team in London to take on, what Shuttleworth refers to as ‘a radical goal’ – that of multi-form factor design.

“We said ‘We have this desktop, and it’s a very popular desktop; lots of people love it. But we believe that the future looks like this diverse collection of form factors. We want to have a user experience that spans a range of form-factors, e.g. a desktop, a tablet, and a phone, and, in fact, we even wanted a TV as well!”

Although convergence of devices and UIs is no longer something that unique – Google’s Android spans Phones, Netbooks, Tablets, TVs, and headless streaming devices – the challenge presented by this ‘strategy’ wasn’t quite so clear cut at the time.

‘Different form factors [have] different constraints and need different interfaces,’ Shuttleworth explains, ‘But they can be, we believe, part of one family.’

“It was a very controversial at the time.”

But what proved to be more controversia according to Mark, was the realisation that the desktop would have to change for this to work. ‘The old desktop’, he says, ‘would force your tablet or your phone into all kinds of crazy of funny postures.’

“So we said: Screw it. We’re going to move the desktop to where it needs to be for the future.”

This, he acknowledges, ‘turned out to be a deeply unpopular process.’ 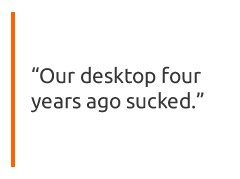 Mark, like many at Canonical, both in the design team and out of it, were aware of the vocal “backlash” caused by switching to Unity from GNOME.

But one mistake Unity’s critics routinely made was in assuming that the desktop was cobbled together on a whim; Unity was, made cried, something that wasn’t built with users in mind.

The truth was the polar opposite.

“Every week we would get in a bunch of people …to benchmark how we’re doing. When we started this process we realised very quickly that the desktop we had four years ago sucked.” Shuttleworth shared.

“It was great for us; we all loved it. But [if] you put it down in front of anyone off the street …it was just terrible.”

By continually testing, refining, and iterating Unity has matured considerably in its few short years of existence. So much so that it is, in testing, shown to be the second easiest desktop to use after Windows, and ahead of the oft-lauded ‘simplicity’ of Mac OS.

‘Ubuntu is in an interesting position’

“So here we are in this interesting position,” he continues, “We have this [user experience] that’s really proving itself in the laboratory. People respond to it, they want to take the CDs home, etc.

Companies like ASUS, Dell, and Lenovo are shipping it in volume. Next year 5% of the worlds PCs will ship with Ubuntu pre-installed. Which is kind of amazing.”

Amazing indeed. But what of that ol’ rumour that Linux laptop/netbook returns are higher than for Windows?

So the UX is going down well with professionals and users alike – but was every aspect really necessary? Shuttleworth thinks so:

“We [had to move] our desktop because if we didn’t we’d end up where Windows 8 is.

[In Windows 8] you have this shiny tablet interface, and you sit and you use  then you press the wrong button then it slaps you in the face and Windows 7 is back. And then you think OK, this is familiar, so you’re kind of getting into it and whack [Windows 8 is back].”

‘But [Ubuntu] is in this great position to spread out across all of the form factors. “

With Ubuntu for Android, Ubuntu Phone and Ubuntu TV attracting industry attention, and the Ubuntu OS set to ship on even more devices by years end, ‘great position’ is starting to seem like an understatement.

There’s a new champion of innovation in town and its name is Ubuntu.

Home » News » Mark Shuttleworth: ‘We Didn’t Want Ubuntu To End up Like Windows 8’ 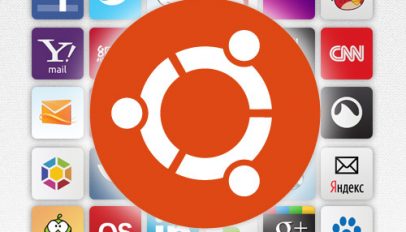 List of Websites That Support Unity Web Apps
Read Next