The Ubuntu App Showdown is drawing to a close, but developers still have the weekend to polish off and package up their entries.

Finding a task manager/’to do’ app that suits your needs can be tough. I know this; I’ve gone through seemingly hundreds of apps over the years, from web-based to Android based, to desktop based.

TickIt is a new ‘simple task manager’ with a number of interesting features. 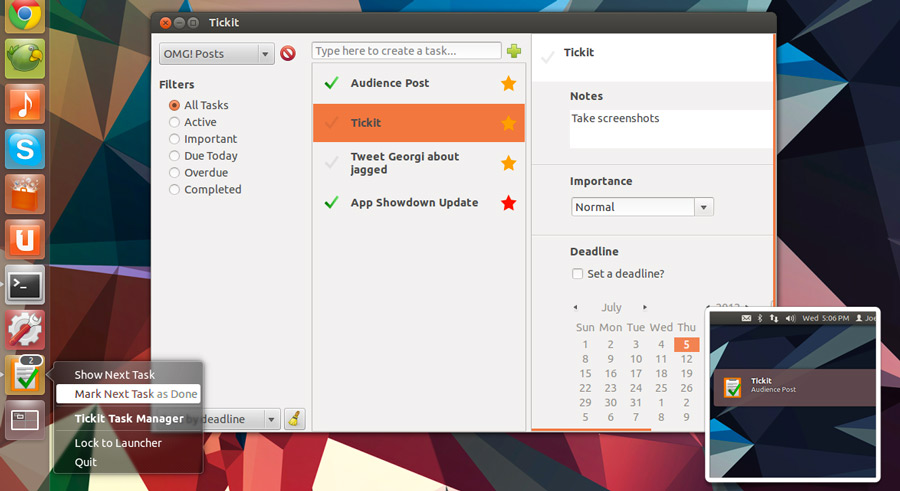 You can assign tasks to different ‘workspaces’, letting you keep work and business tasks separate. Additional notes, importance, and deadlines (including time) can be assigned to tasks.

The number of tasks yet to be completed is displayed on the Unity launcher item, and the item Quicklist offers up two shortcut ways to preview tasks as notifications, or mark tasks as ‘done’.

If you’re serious about organising your life then TickIt could just be the ticket for you.

Ever wanted to keep your Launchpad, Gravatar and Ubuntu system avatar’s in sync? If you do then Ubatar is the app for you.

If you’ve ever wanted to add Quicklist entries to an app launcher; change one single app icon; or move a programme from one category to another – MenuLibre has been designed to help. 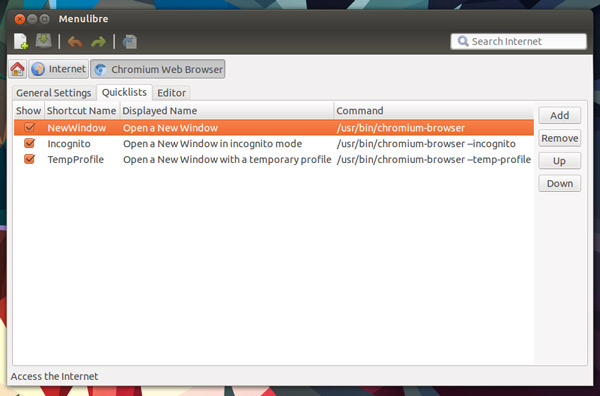 What I especially like about MenuLibre is that it doesn’t just work with Unity. The developer has taken the time to ensure that work just as well under lighter desktops, such as Lubuntu and Xubuntu. 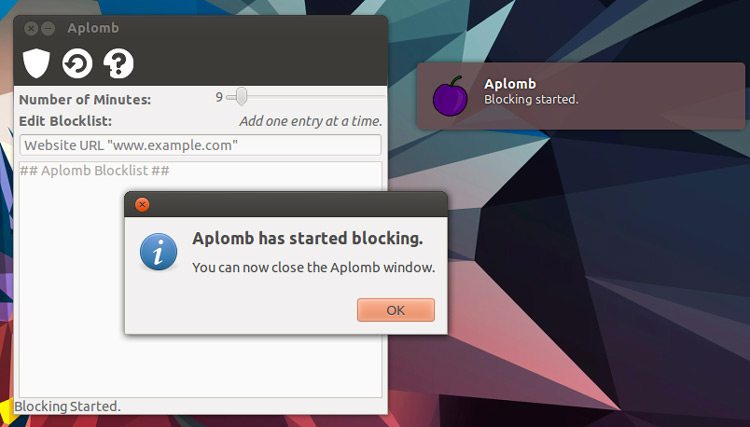 Like similar apps of this ilk, once you’ve hit start you can’t ‘stop’ the block easily – so do use with caution.

Want to try it right now? You can add the following PPA to install it in Ubuntu 12.04 – but do expect bugs.

Cuckoo is a small alarm-clock style application that is incredibly simple to use. I like the fact that you can choose your own alarm sounds – perfect for being woken up (or bugged to do something) by your favourite music or ringtones.

ShowMyFaves is a visual bookmarks manager that aims to automatically collate your saved sites from web-browsers – no file import needed.

At the time of writing the PPA version wasn’t working for me, so the screenshot you see above is courtesy of the developers behind the app.

DrWright for Ubuntu Schedules Regular Breaks from Working
Read Next