Can software developers make money by open-sourcing their applications and giving them away for free?

That’s the question that software developer and co-host of the popular Linux podcast ‘The Linux Action Show’ Bryan Lunduke is aiming to answer by putting his neck on the line.

Lunduke is pledging to open-source and distribute his portfolio of hitherto paid software – which includes the Linux distro management simulator Linux Tycoon –  for free, under the GPL, if he can reach a donation-driven funding goal of $4000/m.

Reaching this goal, Lunduke says, ‘will provide proof for others, who would also like to move their software businesses to be open source, that it is doable.’

The experiement is a gamble for Lunduke, who already distributes several of his software titles through Ubuntu Software Center as well as his own website.

“In the past, I’ve argued that this is simply not a viable way to fund development based on one simple fact: There aren’t a lot of success stories out there of indie developers earning a living off contributions”, he writes on his blog.

And he has a point.

The ‘contribution’ model, the method de jour for many FOSS developers, often fails because the percentage of users willing to donate is, typically, small, and of those who do donate most only do so once.

This ‘sum dump and run’ approach isn’t sustainable in the long term.

So Lunduke is going on a different tack: encouraging users willing to support this ‘development model’ to set up a recurrent donation of whatever sum they choose, even as little as $2 per month.

“This will allow me just enough to get by and focus on creating Open Source software. One time contributions can then cover operating costs (equipment, servers, etc.).”

This ‘mutal commitment’ model between user and developer could invigorate the way many open-source projects are funded and maintained.

Bryan told us that, should he hit his donation target on schedule that he will ‘immediately set up source control and project management for all projects.’

Amongst those projects users can expect to find: –

“The goal is to allow the community a much greater level of involvement and ownership in the development and decision making process. This will be a completely Free & Open Source set of projects, with me as a full time developer and organizer.”

Donors can also, should they wish, have their name included in the about box of the software.

Users interested in helping Bryan prove that open-source software can be provided for free but still be economically viable to create then have until Monday June 4th to pledge some spare change to his cause.

Should the goal not be reached in time Lunduke will ‘hit the refund‘ button, giving all those who donated their money back.

More information, along with links making contributions, can found @ lunduke.com

With thanks to Bryan

Home » News » Will You Help Change The Way Open-Source Apps are Funded? 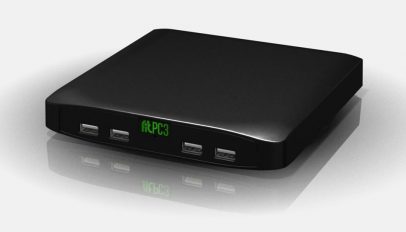