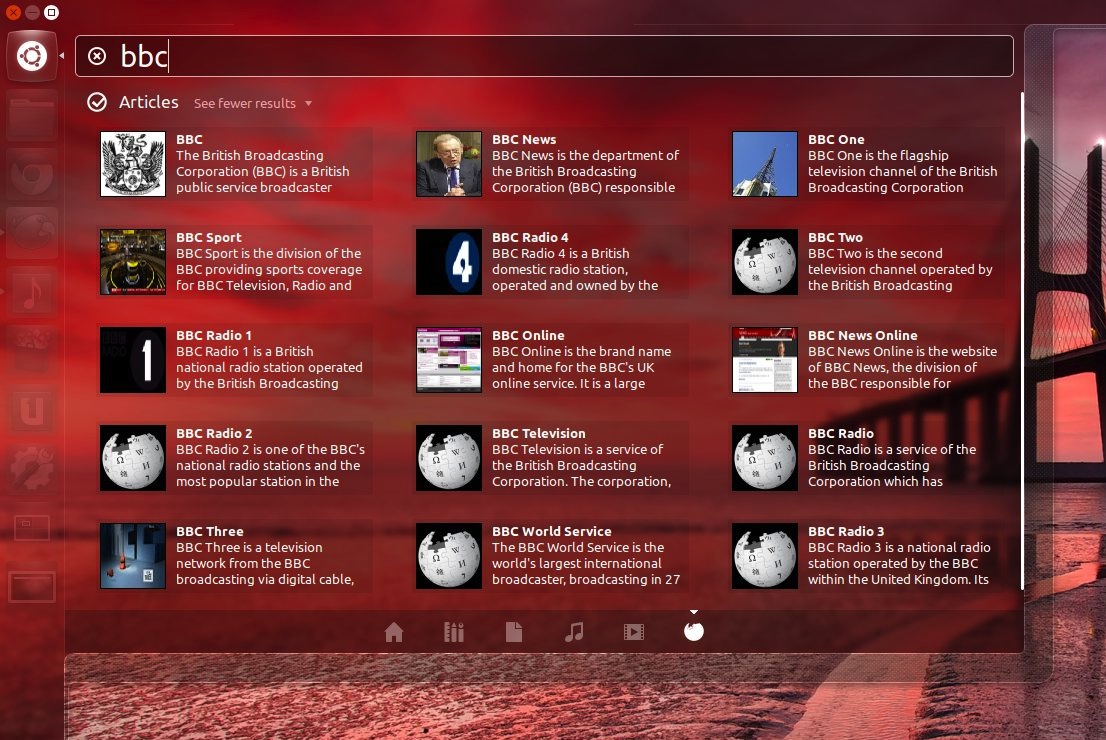 The Wikipedia lens for Ubuntu’s Unity dash we wrote about several days back has been updated.

Visually the Lens now looks neater, sporting article snippets and thumbnails (where applicable) thanks to use of the ‘card view’ layout available to developers.

Multi-lingual users still have no way to specify the Wikipedia locale used by the lens (it currently bases this on system language) but, the developer tells me, this is something he is aware of and looking to seek a solution to.

As the Lens is not yet available to install directly from the Ubuntu Software Center you’ll need to grab it from the Scopes Packagers PPA. This PPA supports Ubuntu 12.04 and Ubuntu 12.10.