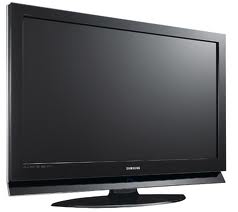 The prototype device will be shown off during next weeks Consumer Electronics Show (2012).

Canonical CEO Jane Silber, talking to BBC News, was upbeat of the event:

“We are launching some new products with a greater emphasis on consumer devices and CES is frankly the place to do that,”

“It’s a very large show and that has pros and cons. On the downside it is easy to get lost in the noise. But on the upside it’s fundamentally an industry event. And it is a pivotal one as manufacturers use it to plan their product launches for the coming year.”

Despite our own wild rumour-mill musings suspecting a prototype handheld the beginnings on Ubuntu on smart TVs makes sense.

Unlike mobile devices and tablets – which it could be argued Canonical has missed the boat on – the fledgling smart TV sector has yet to truly take off.

Quite what form ‘Ubuntu on a TV’ intends to take willll be better seen next week. But here’s hoping that ARM and Android app compatibility are involved…

Home » News » ‘Ubuntu TV’ to be Revealed at CES