In the comments to that post a reader, Daniele80, pointed us in the direction of a hack that enables Google Earth to look ‘native’ under Ubuntu.

Be warned: the following guide isn’t for the fainthearted or the inexperienced. If things go wrong just reinstall Google Earth using the .Deb installer from Google’s website and start again.

With caution out of the way, let’s begin…

First we need to open up Nautilus as root so that we can edit and delete system files. Hit Alt+F2 (or open a Terminal) and enter the following command:

To get Google Earth to look less like a recycled Windows 95 app we need to get it to use libraries on our system rather than those bundled with it.

To do this we you need to delete the following files ONLY:

Next, right click on the file called ‘googleearth‘ and choose ‘Edit/Open in Gedit’.

before the final line in the file and hit ‘Save’. 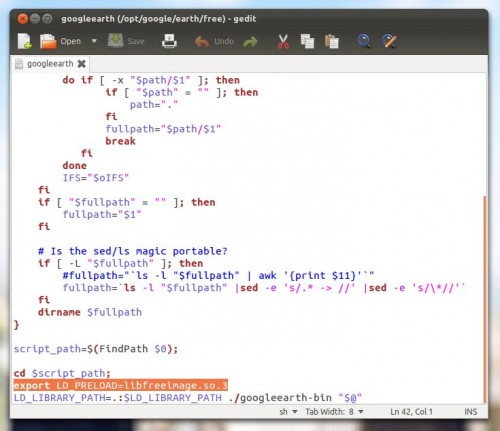 Lastly download the following ‘missing’ file and place it in the /opt/google/earth/free folder.

64bit users will also need to download and place the file below in the /opt/google/earth/free folder.

All that’s left to do is open up Google Earth and marvel at the difference between its stock look and that you’ve enabled. Nothing working afterwards? You probably need a few extra packages. Open a terminal and enter the following: –

How To fixes googleearth