A theme designed specifically for the new GNOME 3-based Cinnamon desktop is available to download.

‘Cinnamon Minty’, created by satya164, evokes the colour-scheme of Linux Mint – whose founder is behind the Cinnamon desktop.

The Cinnamon Minty theme can be easily installed in Ubuntu/Linux Mint by running the following two commands in a Terminal:

Once the theme has been successfully installed you can enable it from Cinnamon Overlay > Themes. 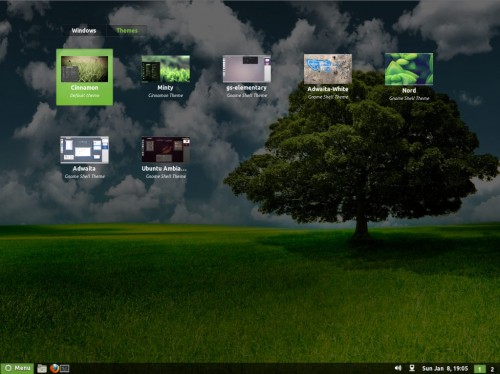 Want to try Cinnamon but don’t have it installed? See this post.

Tramline I mean it is supposed to be a bit hard so you leanr more.
KDE’s Latest Plasma Wallpaper is Here And It’s …Shiny

Tramline Ubuntu is not only Linux. Nice thing of Linux is…
KDE’s Latest Plasma Wallpaper is Here And It’s …Shiny

Gerardo Herrera Díaz Yes, not the best for the users of the extension,…
Arc Menu’s Lead Dev Just Quit