Chances are you’ve not heard of ‘Linux Deepin‘ – an Ubuntu-based Chinese Linux distribution.

And this is a shame. The GNOME-Shell based OS is, quite possibly, one of the best designed Ubuntu derivatives ever – and I’m holding back on the hyperbole here!

What makes LD it unique is that, unlike other distro derivatives, LD has been tailored to suit its audience with precision. This includes not just recolouring a theme, adding a wallpaper and rejigging the application selection (although LD does come with its own set of visuals) but also remoulding the OS into something that makes sense to its users.

Much like the recent release of Linux Mint and its small set of GNOME-Shell extensions, LD also tweaks the stock GNOME-Shell interface to behave slightly differently.

Butnd the jewel within the crown that is Linux Deepin is undoubtedly its unique Software Centre application.

Some distro’s simply ship Ubuntu’s Software Centre as standard. And why not? It does the job admirably.

But for the developers of Linux Deepin it wasn’t quite what they were looking for – they wanted something that not only looked that bit flashier but allowed users to complete basic packaging tasks from the same window with relative ease. All goals in mind for Ubuntu’s Software Centre, but LD needed it now.

And so the Linux Deepin Software Centre was created. 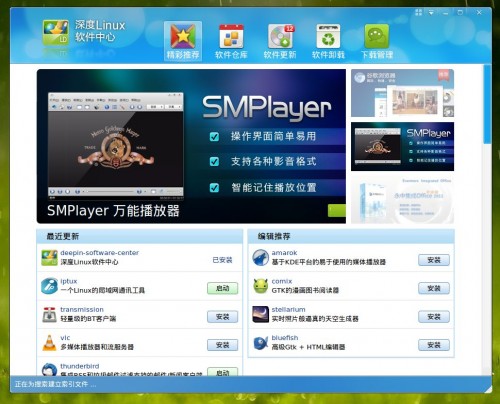 The Software Centre comes with a number of really neat features that, whilst likely breaking all sorts of designer conventions, are brilliant – and useful – touches.

Applications ‘featured’ on the front page can be installed and opened with a click. 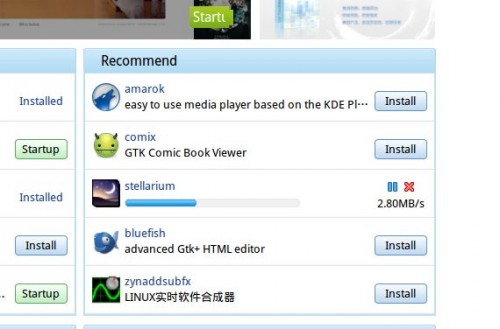 This feature extends to the (visually slick) set of feature banners which also boast an install button, progress bar and, once installed, start button: –

More applications can be found via the ‘Repositories’ view. Much like the front page of the Ubuntu Software Centre applications are grouped by category, which are navigable via a left-hand pane. 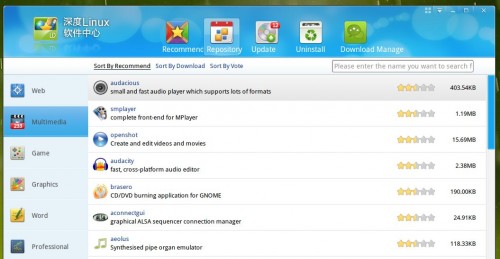 One of my favourite mini-features of the repo view is the app count badge that appears on the category icon. Trivial but very cute. 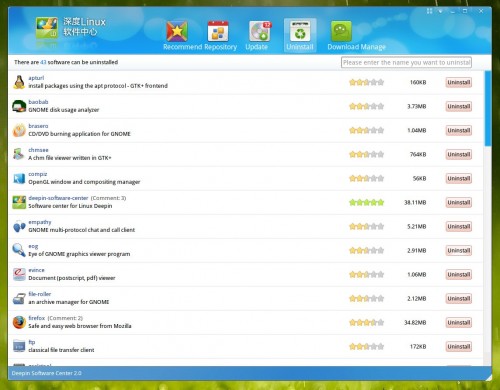 Lastly, and least importantly, sits an option to theme the Software Centre from one of six included ‘backgrounds’. A nice touch that helps users paint their computing experience with their own personalities. 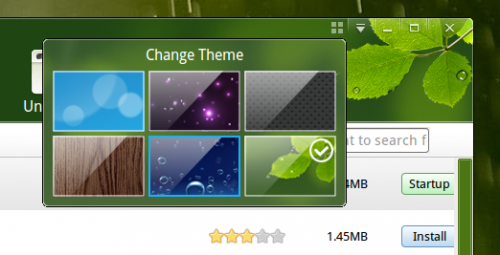 A taste of things to come

The application is currently only available in Linux Deepin but as more users learn of it I fully expect to see some of the independent distributions packaging using it.

Below is a video of the app in action. Linux Deepin images can be downloaded @ linuxdeepin.com (.iso’s and website in Chinese)

Home » Apps » Is This the Best Software Store on Linux?