The following script adds a Unity applet with quicklist options for mounting and un-mounting the device safely – no terminal commands necessary.

Bilal previously posted a thorough guide on mounting the Galaxy Nexus – and any other Ice Cream Sandwich device – inside Ubuntu 11.10. 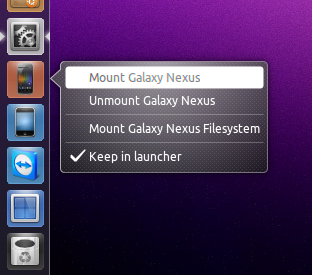 The Nexus script installs the MTPFS package, installed the mounting actions, and adds a Galaxy Nexus icon to the Unity Launcher, as you can see in the image above.

It’s been tested on both 32bit and 64bit Ubuntu, but no guarantees are implied.

How To galaxy nexus ics 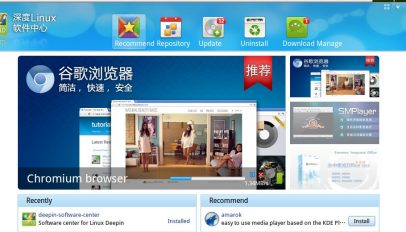