News on the Linux port of Oscar-winning professional video editor Lightworks has been quiet of late – but, it seems, for good reason. 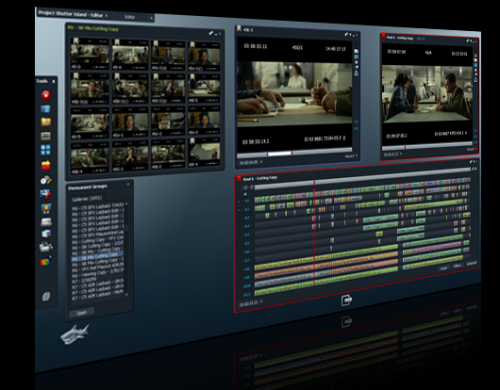 Editshare, the company behind Lightworks, have today announced that a stable release of the professional-grade non-linear video editor will be launched on November 29th 2011, with Beta releases for Linux and Mac OS X to follow on December 19th.

A beta of the Lightworks video editor has been available for Windows users since late last year.

So why the wait for Linux users? Oddly it’s because of the demand, as James Richings, Managing Director of EditShare explains: –

“…we had an overwhelming number of requests to support Mac OSX and Linux… so much so, that we re-organized our development efforts to ensure we deliver Lightworks Open Source for all three platforms.”

To this end the release of Lightworks and its ecosystem are being rolled out in ‘Phases’.

The announcement of an impending Linux release wasn’t the only news to come from Editshare at IBC2011: plans for Phase Two were also revealed.

Although Lightworks will remain a free to download, free to use, and remain actively developed, a tiered ‘membership program’ is to be introduced.

Before you baulk at the notion, there is a reason for it: to enable professional users requiring the use of 3rd party/professional codecs and/or additional tools that are subject to licensing fees the ability to gain access to them affordably.

“…an important factor is how we go about incorporating professional features, such as production-quality codecs (Apple ProRes, Avid DNxHD etc), [which] require EditShare to pay license fees to the owners of the technology.”

And the prices aren’t actually that bad. At all: –

To compliment the membership model announcement was news on the enhanced features “paid” members can expect to have. These include: –

For the hardcore editors amongst you a dedicated Lightworks keyboard has also been announced. Offering dedicated keys for ‘just about every Lightworks function’, the keyboard will come in English UK, US, French, Spanish, German, Japanese flavours (with more to be announced) and retail at £95/€115/$140.

If your fingers are itching at the prospect of grabbing one you won’t have long to wait: the launch date is scheduled for 29th November and will be available from the Lightworks webstore.