And with plenty of third party applications – such as Launchy, Synapse and Do – the relatively new launcher GNOME Pie has a lot of competition. 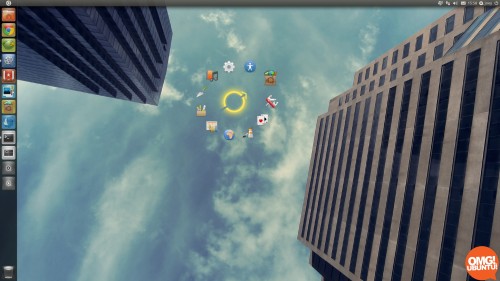 GNOME Pie is a keyboard based application launcher: you press a key combination (which is fully editable) and ananimated circular launcher – called a Pie – appears. Using your mouse you can launch an application by clicking on a button or shortcut within the ‘Pie’. Shortcuts are called ‘Slices’.

As with the inspiration behind the app – the ‘OPie’ radial add-on for World of Warcraft – GNOME Pie lets you add, edit and assign your own ‘Pies’ and ‘Slices’. Want a radial launcher for your game gantry only? GNOME Pie lets you do it.

Here’s a quick video review of the launcher in its full animated glory:

GNOME-Pie can do more than just launch applications: it can be used to log out or restart your computer; control media playback in applications like Totem; and access your favourite folders.

Unlike Synapse however, GNOME Pie does not provide access to documents or other “semantic” data.

Frustratingly for a launcher so dependant on the keyboard you are only able to open applications using the mouse; arrow keys do not work in selecting items.

GNOME-Pie has a stack of preferences options – such as setting the app to start at log-in, and choosing whether or not to show its indicator applet in the Ubuntu panel. 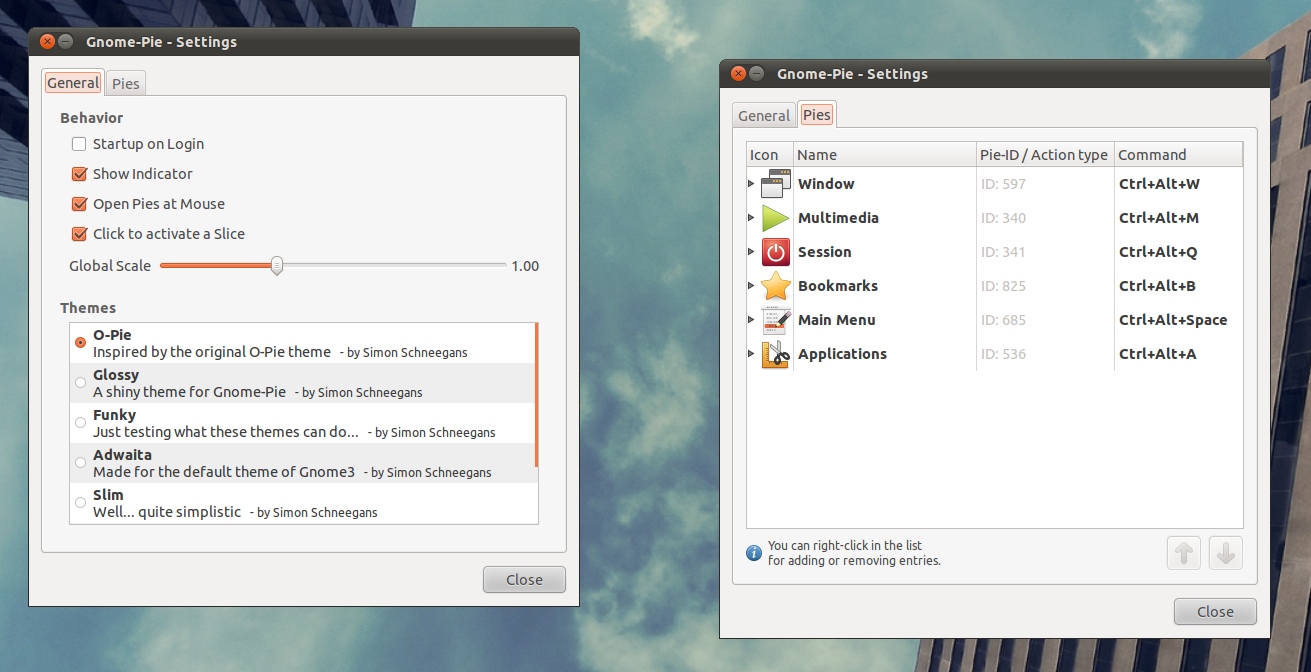 ‘Pies’ can be added, removed or edited; and the majority of slices within those pies can be edited too. This means you can add your own applications to the launcher and remove those you don’t like.

The keyboard shortcuts are also editable, but take care to check that any you set don’t conflict with existing system shortcuts.

A bunch of themes are included ranging from the eye-achingly swirly to specific themes for GNOME 3 and Unity.

GNOME Pie is not the most lightweight, but it certainly clocks in at under 50MB RAM in use. To put that into perspective the much-loved Docky uses around 22MB and Synapse, the slick semantic launcher that recently got an update, 9MB.

GNOME-Pie works best on a composited desktop. And by ‘works best’ I do, of course, mean ‘looks best‘. Blocky black block ahoy: – 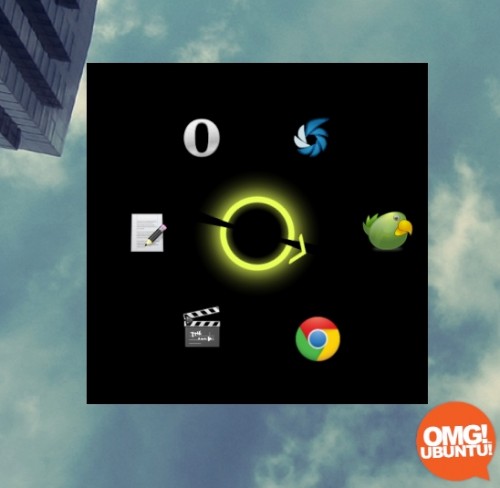 A PPA is available for 11.04 and 11.10 users. Add ppa:simonschneegans/testing to your Software Sources. Don’t know how to do that? See here.

After updating search for and install ‘gnome-pie’ from the Ubuntu Software Centre.