This is a guest post from Daniel Holbach, who will be posting updates about Ubuntu Development. (Original Post).

We are one week away from Alpha 2, so right now you can see lots of developers trying to get as many things into Ubuntu Oneiric as possible: AirPrint, theme changes and loads of other stuff. After this milestone we will have only 4 weeks left until Feature Freeze at which stage most of the features should have have landed. As always: the status overview should give you a very detailed look on how each feature is progressing.

I’m very pleased about the number and turnout of initiatives we have to allow new contributors to get involved in Ubuntu Development easily.

Last week I pointed out five different bitesize bugs. I’m happy to report that two are currently under review (thanks Alexander Fougner and Ben Tucker) and two had been fixed in Oneiric already.

This week I talked to Alexandru Cucu from Romania, here’s what he has to say: 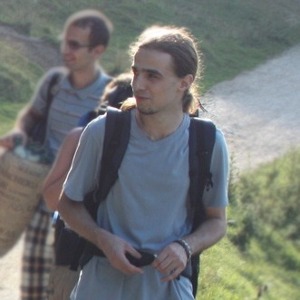 I’m close to having a bachelor’s degree in computer science but I’m not that much into software development.

I have started using Ubuntu in 2007, on a virtual machine running under MS Windows. Ubuntu was love at first sight! After a couple of weeks of working in a virtual machine, it was installed as the only OS on my machine. I was looking for free (as in “free beer”) software as my budget was very low. I had discovered more than that, it was free as in “free speech” software, most of it at a couple of clicks away, in the Ubuntu repository. Since then, I have dedicated my spare time for spreading the word about the free software movement.

The best things about Ubuntu are the freedom and the large community. It’s impossible not to find someone able to help you.

I use Ubuntu for:

Most of my contribution to Ubuntu is inside the Romanian LoCo Team. I’m offering technical support on the Romanian web forums and I am now a moderator.

Other small contributions are:

About my contribution you wrote about, I have read your article where bug #785052 was mentioned. It just looked too simple not to fix it. I’m not familiar with the Ubuntu development process, but your tutorials guided me through the entire thing.

I plan looking for projects written in Java (since I have some experience) and contribute some more, also planning a translation of your tutorials as this might attract people interested in developing free software.

Brian This guy gets it.
Ubuntu Makes Firefox Snap the Default

Brian Wow! I had no idea. Yet another reason to nuke snapd from orbit.
Ubuntu Makes Firefox Snap the Default

Brian A bit late on that assumption, guy. Ubuntu WAS the…
Ubuntu Makes Firefox Snap the Default