GNOME Video Editor ‘PiTiVi’ is to be removed from the default application set in Ubuntu 11.10, a discussion at UDS has decided. 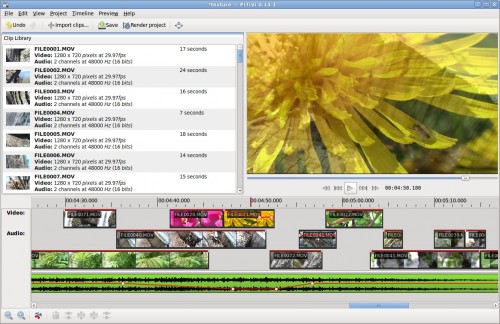 PiTiVi, which was first added to the default application lineup in Ubuntu 10.04, was removed in light of its poor reception – currently garnering a mere 2.5 star rating in the Ubuntu Software Centre – as well as its lack of fit with the default user-case for Ubuntu.

The lack of ‘polish’ and maturity to the application was also highlighted, with one attendee wondering whether its ‘basic’ nature impacted negatively on the perception of the Ubuntu desktop as a whole.

Whilst no video editor will replace it, PiTiVi, Kdenlive and OpenShot will all be installable via the Ubuntu Software Centre.

OstroLk It is always easy to criticise than do something...
Rhythmboxâ€™s Much-Needed Makeover Might Not Be Happeningâ€¦