So you’ve downloaded or upgraded to the latest release of Ubuntu – the nominal Natty Narwhal – but what now?

As is now tradition around these parts, we present you with a list of 10 post-install tips/ideas to make your time with the Narwhal less of a splash in the deep end and more of a serene swim… 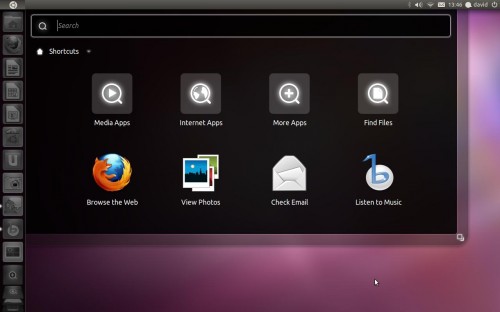 1. Read about the new features

Ubuntu 11.04 comes with so many new features and tricks that it’d be all-to-easy to miss some out. So we’ve put together an awesome primer guide on Ubuntu 11.04 for those new to Unity.

Check it out at omgubuntu.co.uk/natty

Even the Ubuntu team isn’t perfect – and chances are there may have been some last minute updates added to Ubuntu after the ISO you downloaded was built.

Run Update Manager by searching for it in the Dash and you’ll be sure to have the most up-to-date minty fresh version of 11.04

Due to legal reasons, Ubuntu can’t ship things like patent-encumbered codecs for playing back things like MP3s, .WMV videos or encrypted DVDs.

Thankfully, the Ubuntu installer lets you check an option during install that adds at least some of these missing codecs to your system.

If you didn’t check the ‘Install 3rd party codecs/restricted drivers’ during the installation of Ubuntu 11.04 then these steps are important for enabling all of the “not-shipped-ware” that provides you with a comfortable, stress-free time in Ubuntu.

Ubuntu should automatically detect and alert you that 3D drivers are available. If so, you will see a ‘circuit board’ icon appear on the top panel. Click this and follow the prompts.

If Ubuntu fails to alert you (be patient as this isn’t always instant) then you can manually run it by opening the Application Lens and searching/browsing for ‘Hardware Configuration Tool’.

“If music be the food of love, then play on!” wrote Shakespeare, and whether you’re out to seduce, enamour or entrance with your digital discography of Justin Bieber or not you’ll first need to install relevant codecs to enable playback.

Thankfully MP3, M4a and a whole host more can be installed in Ubuntu 11.04 with one click: –

Ubuntu 11.04 Unity dispenses with the traditional GNOME desktop panel and notification/system-tray area. This means familiar/favourite applets – such as CPU guages, move eyes or panel-bound bloggers – can no longer be used.

But not to worry!

There are a tonne of much-more-useful and much-more-consistent Indicator Applets available. You can add everything from Weather applets, RSS readers and Clipboard managers to timers, screen-saver inhibiters and system monitors.

See ‘The OMG! Ubuntu! guide to awesome indicator-applets’ for screenshots, info and installation instructions for over 16 indicator applets.

5. Find more apps in the Ubuntu Software Center and swap out the defaults

‘One size doesn’t fit all’ is an over-used, albeit spot on, adage; If Banshee isn’t music to your ears; PiTiVi is too basic for your movie-making needs; or you’re intimidated by LibreOffice’s arsenal of apps then Ubuntu makes it easy to find and install alternatives.

Don’t know how to install apps using the Software Center? Watch this video:

Not a fan of Unity? Don’t fret. You can use the “Classic Ubuntu” desktop by selecting it at login time. 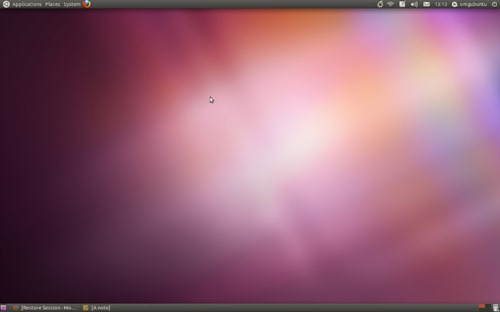 Unity 2D is available for users who fail to meet the graphics requirements. It’s light, responsive and boasts many of the same features as its elder sibling.

Gnome 3/Shell is available via PPA, although use of it does break Unity – so add it only after due consideration!

7.  Set up Ubuntu One file sync

Ubuntu One provides all Ubuntu users with 2GB of free online storage space that allows you to back up and sync any files or folders you wish, along with your Firefox bookmarks, Tomboy notes, Evolution contacts and Ubuntu Music Store purchases between computers.

Click the Ubuntu One icon on the Unity Launcher to get started.

It’s a hit with many, many users and it’s back for Natty. Whaddam I talking about? Nautilus-Elementary of course! The sexier, less confusing file manager that strips strip out some of the visual-bloat accompanying stock Nautilus in Ubuntu.

Add it via PPA following the instructions here.

Finally, to end on a corny note, take some time out to just enjoy using it. Forget about finding and installing new apps or tickling Natty for an hour or so and just use Ubuntu like anyone else would: check Facebook (or Diaspora!) in Firefox, chat to your mates on Empathy, type up that letter in LibreOffice and listen to some music in Banshee.

Ubuntu 11.04 is a bold upgrade from 10.10, so be sure to take some time to get used to it as it comes before changing anything major. You might fear missing a certain application or feature, but most of the changes have happened for a reason: to make Ubuntu easier to use.

Whilst we are at it why not subscribe/fan/follow us here at OMG! Ubuntu! to find out about the latest news, cool applications, tips, tweaks, gorgeous themes and wallpapers and a healthy side-serving of opinion and bad jokes? C’mon, you know you want to.