The much anticipated alpha release of Banshee for Windows is coming next week. The Windows port is attracting a lot of new contributors, bringing our new Windows effort up to 5 people actively working on it. Novell recently held their annual hackweek where their employees are allowed to work on anything they like and Gabriel Burt used his time improving the Banshee on Windows experience. All this hard work is now paying off and all of Banshee is benefiting.

This first release will feature basic functionality and as a last minute addition by Gabriel Burt preliminary hardware support to Windows users. Still to come is auto update support to ensure that Windows users always have an optimal Banshee experience.

— Update: Banshee Alpha for Windows has been released —

With the recent non-controversy regarding Banshee’s Amazon affiliation income, as this version of Banshee is distributed by The Banshee Project, the money from any Windows users will go to The GNOME Foundation. A thought that might warm the heart of some.

In other Banshee news a group of College of Charleston Software Engineering students have elected to use Banshee as the subject for one of their classes﻿. Having received a list of bugs to work on the students have already begun the work. Their first task is preparing to move Banshee from using banshee-1 to plain banshee for our executable and configuration names.

Finally Banshee has provided our new dbus-sharp implementation with it’s first stress test. Using a local build at the GNOME+Mono hackfest Banshee on the new and improved DBus solution survives the toughest stress test we could think of… Playing Queen for hours upon hours, which it survived without crashing and all the old workarounds removed from Banshee. The final move to dbus-sharp is going to happen after Banshee 2.0, it is to late in the cycle now.

In an after print addition a few items I forgot to mention. From tomorrow the Banshee Daily PPA will carry git daily builds of the Banshee Community Extensions. Hyperair has also uploaded clutter-sharp to Natty and adjusted the build of BCE to include the popular Coverflow-like Clutterflow extension. Hyperair is also working on a daily build PPA for Compiz and has established relations with upstream for bug handling. 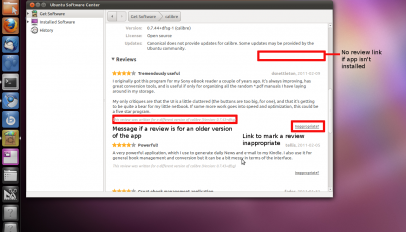