Gnome-Shell’s UI revamp continues apace and the ‘relayout’ version of GNOME-Shell, first shown off at GUADEC earlier this year, is getting ready to land.

With it containing so many visual changes MrMars dropped off screenshots of the ‘relayout’ GIT branch in the OMG! Inbox! and a link to his Italian Ubuntu forum post touching on them.

The ‘Activites’ overlay now looks more akin to Unity’s Dash with categories a-top and icons en-masse below. A dock (or sorts) sits to the left-hand side with icons for open programs and bookmarked locations/items. 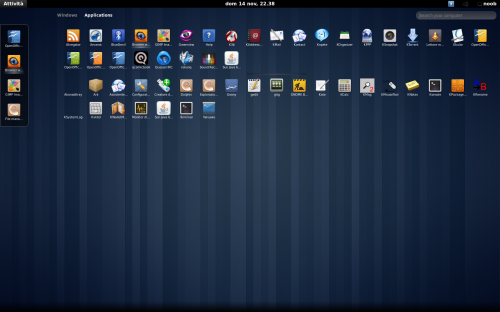 You can also see that the search button is now placed upper-right and, as with Ubuntu’s Unity, results appear instantaneously. 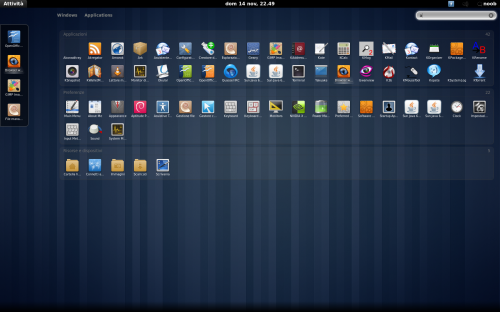 Moving the mouse to the right of the screen invokes buttons to add remove workspaces: 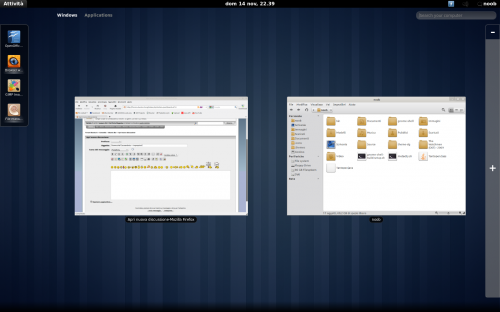 With Mutter continuing to improve with each successive update – as mentioned in a previous Gnome-Shell article – a few new visual tricks sit up SHell’s sleeve such as this very pretty Alt+tab effect. 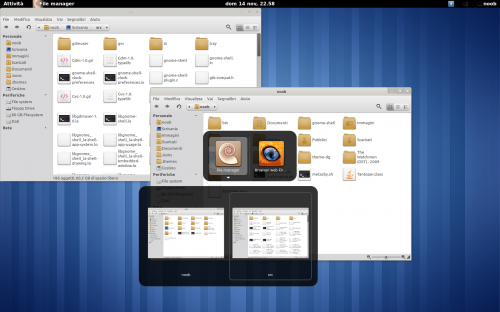 Home » News » GNOME Shell: Getting prettier by the day