Update: Postler has been been released. See here.

Most desktop e-mail clients share the same interface layout and feature set making them great for people with lots to manage but not so great for just using e-mail as e-mail.

About a week back we interviewed Elementary project lead and Ubuntu designer Dan Rabbit. We spoke/probed him about a few things – the full interview of which is going up shortly – but we were finally given sanction to talk about an exciting new addition to the roster of Elementary inspired applications: 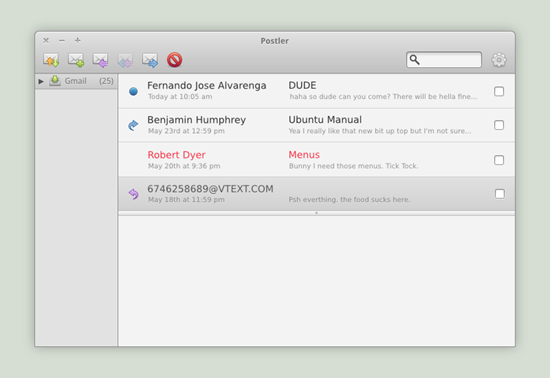 The project is the brainchild of the Midori browser’s awesome lead developer Christian Dywan with the solid aim of ditching the needless clutter and useless features that get plague most of the current crop of desktop-based e-mail clients and, instead, giving users what they really want: an e-mail client that does e-mail.

We interviewed Dan Rabbit for the OMG! Podcast early last week and, specifically, on Postler here’s what he had to say: –

We did have a mock-up get out into the wild a while ago – that I kind of posted haphazardly – it was for an application called ‘Postler’.

The lead developer for Midori has decided to take on the task of building a simple no nonsense mail client. Obviously when i found out about it I jumped at the chance cos I’ve never been happy with evolution or Thunderbird, or any of the other offerings that we currently have so with Postler, we just started on it the code is a couple of weeks old so there’s not an insane amount of functionality in it but it’s gonna be a really great lightweight fast simple mail client that you just start up, check your mail and it’s there for you.

The focus of Postler is more of ‘lets communicate‘ than a ‘lets try to organize everybody‘.

Q: A lot of the desktop e-mail clients are sort of in the same mould; not so much aimed at Granddad and Grandma but for someone who works in an office with a hectic messy life that needs organizing. With the advent of GMail and ilk we’e kind of moved on from that old method of managing mail.

Definitely. The focus of Postler is more of “lets communicate” than a “lets try to organize everybody”.

I’ve made a conscious decision not to put up installation information for Postler as it currently is because, as Dan iterates in the interview above, there isn’t actually much of Postler to see yet. As soon as there is something worth testing you can guarantee install instructions and PPA information will be up on OMG! Ubuntu! in less time than it takes to lick a stamp.

Should the development Postler go smoothly as it has so far you’ll find it as the default mail application in the forthcoming Elementary OS, due for release later this year. 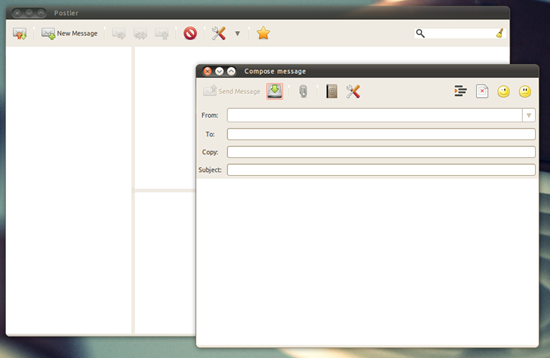 Thanks to Dan Rabbit