If you’ve tried Kubuntu of late then chances are you’ve already encountered Dolphin – it’s the default file manager in KDE SC 4. Its a responsive file browser with some unique features like ‘split views when moving/copying files, Nepomuk tagging, search, rating & commenting of files & a places bar which neatly integrates with the KickOff launcher. 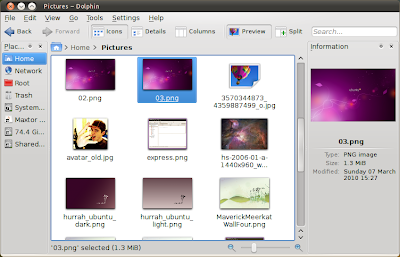 And yes – it has Undo/Redo.

Wikipedia states that Thunar’s goal is to be “ …fast, clean, and easy to use.” and to “…start up faster and be more responsive than some other Linux file managers”. It wins in that regard and as such Thunar is the default file manager in the so-called “lean” Xubuntu spin. 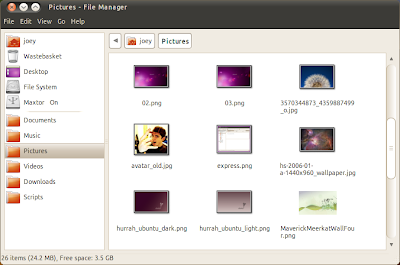 I am partial to Thunar because it looks so damn clean: there are no excessive toolbar buttons cluttering up the place just room for the file manager to do its job.

Single click can easily be enabled via the preferences window. Thunar is also extensible via the use of plugins.

Let’s be clear about one thing: GNOME Commander isn’t a file-browser best suited to Grandpa (unless he’s really into advanced file management). 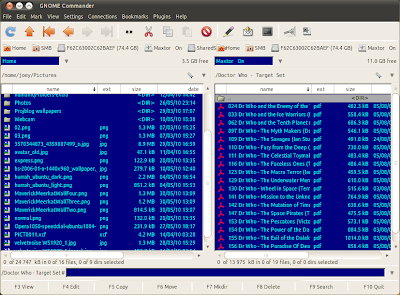 Based on Norton Commander GC is primarily keyboard-based although using a mouse is an option.

You won’t find fancy 50px sidebar icons or thumbnail previews in GNOME Commander but you will find a productive way to manipulate & organize files with an extensive set of configuration options.

Lubuntu’s default file manager is the superfluously named PCMan FM. The file browser has recently been re-written from scratch and now boasts a leaner load time and a metric tonne of other improvements. The version included in the Ubuntu repos is the now-depreciated 0.5.2 version.

Nevertheless PCManFM is a functional, good looking and usable File Manager that does its job with ease. The size of icons in the side bar can be configured and single click can be enabled via the Preferences menu. 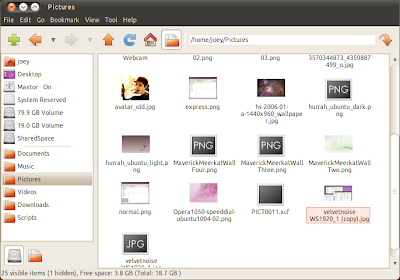 It’s probably not feature-filled enough for replacing Nautilus with on a standard Ubuntu install but if you’re looking for something lightweight and capable then PCMan is, as they say, ‘the man’. (Don’t groan. Don’t.)

No run-down of alternatives to Nautilus would be complete without Nautilus-Elementary.

The design-focused revamp of Nautilus is, pretty much, a fork of Nautilus rather than a set of tweaks; zoom sliders, toolbar editors, compact menu’s, enhanced sidebar – if it makes using Nautilus easier then the Elementary team have probably already implemented it or certainly plan to. 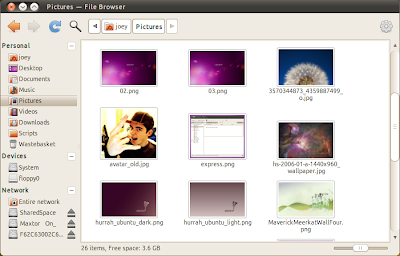