One minor cosmetic change in Gnome 2.28 – which is the basis of Ubuntu Karmic Koala – has resulted in many users being left confused and wondering if there is a rather blatant bug in Ubuntu.

I’m referring to the “missing icons” in the Places and System menu’s in Ubuntu. 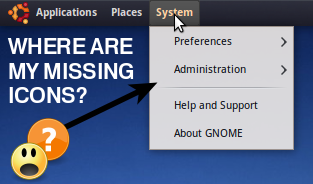 The Gnome “usability” team have come to the conclusion that the icons in the menus specified (System menus and the bottom entries of the ‘Places’ menu ) would gain a strong visual improvement sans the icons.

If you’re a fan of them then the good new is that re-enabling them is just a click or two away. 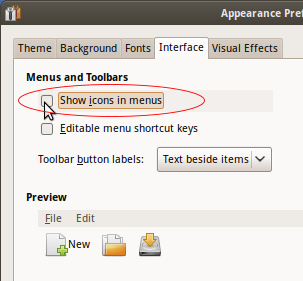 Tip:
A quicker way to get to the appearence menu is just to right click on the desktop and select ‘Change Desktop background’.

It’s not just these menu entries that have “lost” their icons. Clickable ‘buttons’ in windows and application menu’s no longer have icons, either. 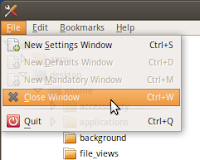 With menu icons and the current default without menu icons.

“Why?!” you ask? Gnome dev Andreas Nilsson put the current situation succinctly on his blog: –

The current approach is that some items have them, and some don’t, and this is because no artist had time to draw it, or because the action is too complex to convey in a small icon, or both. And hand to heart, that’s not a really good guideline.

As such, and keen to create a visually stunning desktop, the decision was made to axe the button icons.

Visually this creates a marked improvement: – 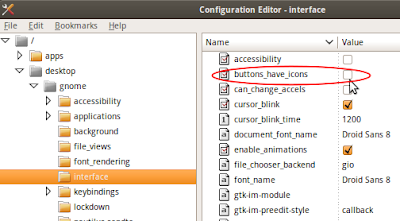 christian2001 On my 32-bit machines I use MX Linux, a Debian…
Zorin OS 16 Lite is a Classy Distro for Low-End PCs